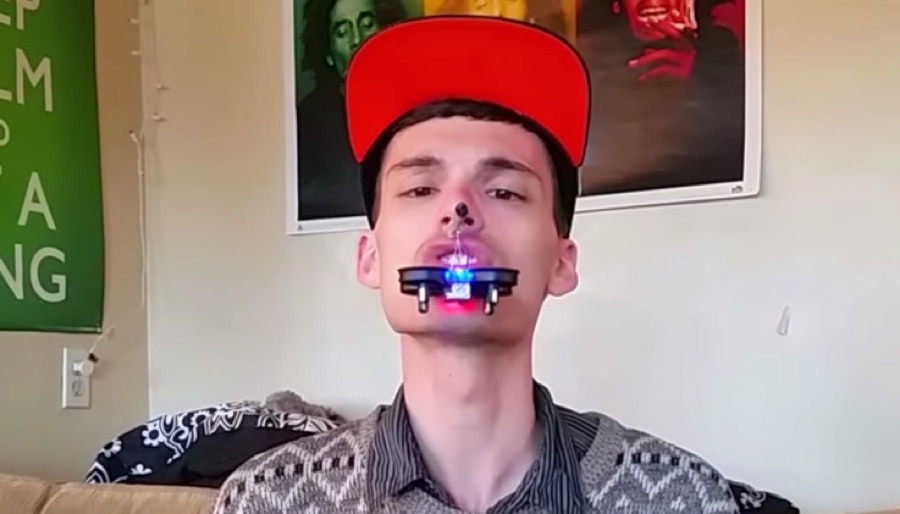 The human mind is capable of such great creativity when the rewards are dank.

From the excellent Marijuana Moment, here's the story behind the marijuana drone video lighting up (heh) the stonernet.

In the video that first sort of exploded on Reddit's r/trees, a gentleman tokes on a bong delicately balanced on a drone he's remotely operating.

He’s a 23-year-old working in Maine’s cannabis industry who’s grown a sizable following of marijuana aficionados on platforms like YouTube and Instagram. When he’s not honing his cannabis craft, he enjoys things like playing guitar and hiking.

For Mercer, his internet presence really started off with comparably smaller (and sometimes questionable) stunts: dabbing and ripping a bubbler simultaneously, dousing concentrates in hot sauce and inhaling the very bad combination (it was “stupid little thing I did a while back… a little on the spicy side, but to be honest, it wasn’t as bad as you’d think,” he told Marijuana Moment), and creating and smoking out of a “potato rig” or head of cabbage.

But then, around March 2017, he stepped up his game, integrating drone technology into his smoking routine.

Check out the rest over at Marijuana Moment.