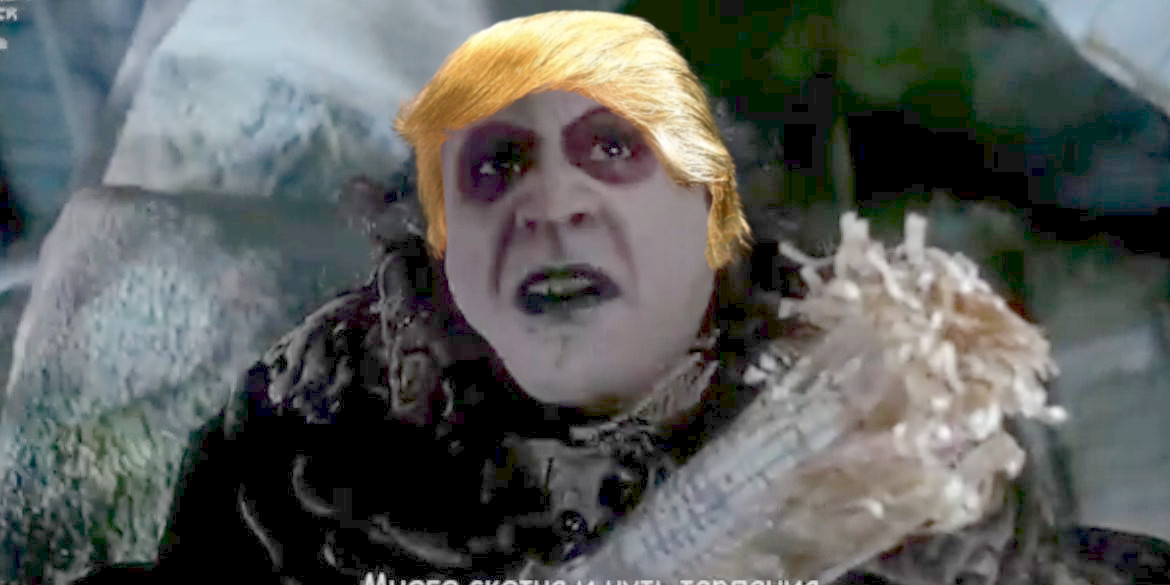 Trump is notorious for his "filing system": when he is finished with a piece of paper, he tears it into tiny pieces and throws it away, which is fine if you're a CEO (maybe), but is radioactively illegal under the Presidential Records Act, because the President works for the public, and is required by law to archive their official papers and save them for public scrutiny.

White House staffers gave up on trying to explain this to Trump, who just kept on tearing up everything, from official letters from Senators to letters from constituents to notes and other paperwork.

The staffers -- paid nearly $70,000 year -- ended up with full-time jobs retrieving scraps of paper from Trump's trash-can and piecing them back together with clear tape so they can be filed in the National Archives. Some of these staffers were eventually fired; they've spoken to Politico about their year in the Trump administration as paper-tapers.

Staffers had the fragments of paper collected from the Oval Office as well as the private residence and send it over to records management across the street from the White House for Larkey and his colleagues to reassemble.

“We got Scotch tape, the clear kind,” Lartey recalled in an interview. “You found pieces and taped them back together and then you gave it back to the supervisor.” The restored papers would then be sent to the National Archives to be properly filed away.

Lartey said the papers he received included newspaper clips on which Trump had scribbled notes, or circled words; invitations; and letters from constituents or lawmakers on the Hill, including Senate Minority Leader Chuck Schumer.

“I had a letter from Schumer — he tore it up,” he said. “It was the craziest thing ever. He ripped papers into tiny pieces.”

Lartey did not work alone. He said his entire department was dedicated to the task of taping paper back together in the opening months of the Trump administration.