Rosemary's Baby and the era of Satanic panic 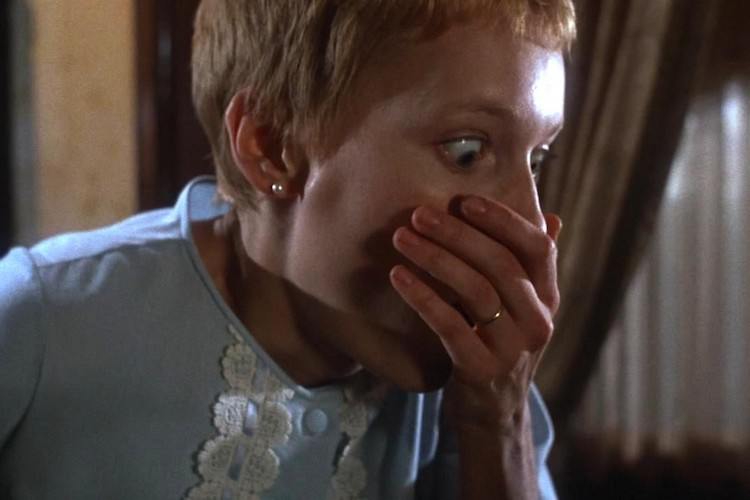 Inspired by the 50th anniversary this month of the release of Rosemary's Baby, my friend Peg Kay Aloi has written a piece on Crooked Marque on how the iconic occult horror film helped set the stage for the Satanic panic that was to follow.

And therein lies an unusual irony: The clear message of Rosemary’s Baby was that the devil-worshiping witches live right next door, on the other side of the wall of your charming flat on Central Park West. They’re like family: They act as surrogate parents by giving you healthy herbal drinks and silver pendants to protect you, but they’re actually planning to consecrate your baby to the devil. Even your doctor is in on it; heck, your own husband signed his firstborn over to Beelzebub so he could get a juicy part on Broadway! You try to convince people of the plot you’ve uncovered, but they just cluck their tongues (poor thing, you’re just exhausted) and tranquilize you. Even when you’re proven right, that they were there all along, the witches next door who contrived to make you give birth to Satan’s spawn, no one helps you.

Despite overwhelming evidence that most acts of violence against children are perpetrated by family members, the tendency is to look beyond the home, to suspect a shadowy outsider, someone with a taste for heavy metal music and black T-shirts, or a penchant for goddess worship and tarot cards. Rosemary’s Baby masterfully other-ized the evil that lies within (and without), making us hide our children away from any and all possible dangers, including public schools, the internet, the outdoors. It seems clear: Another wave of panic looms on the horizon.