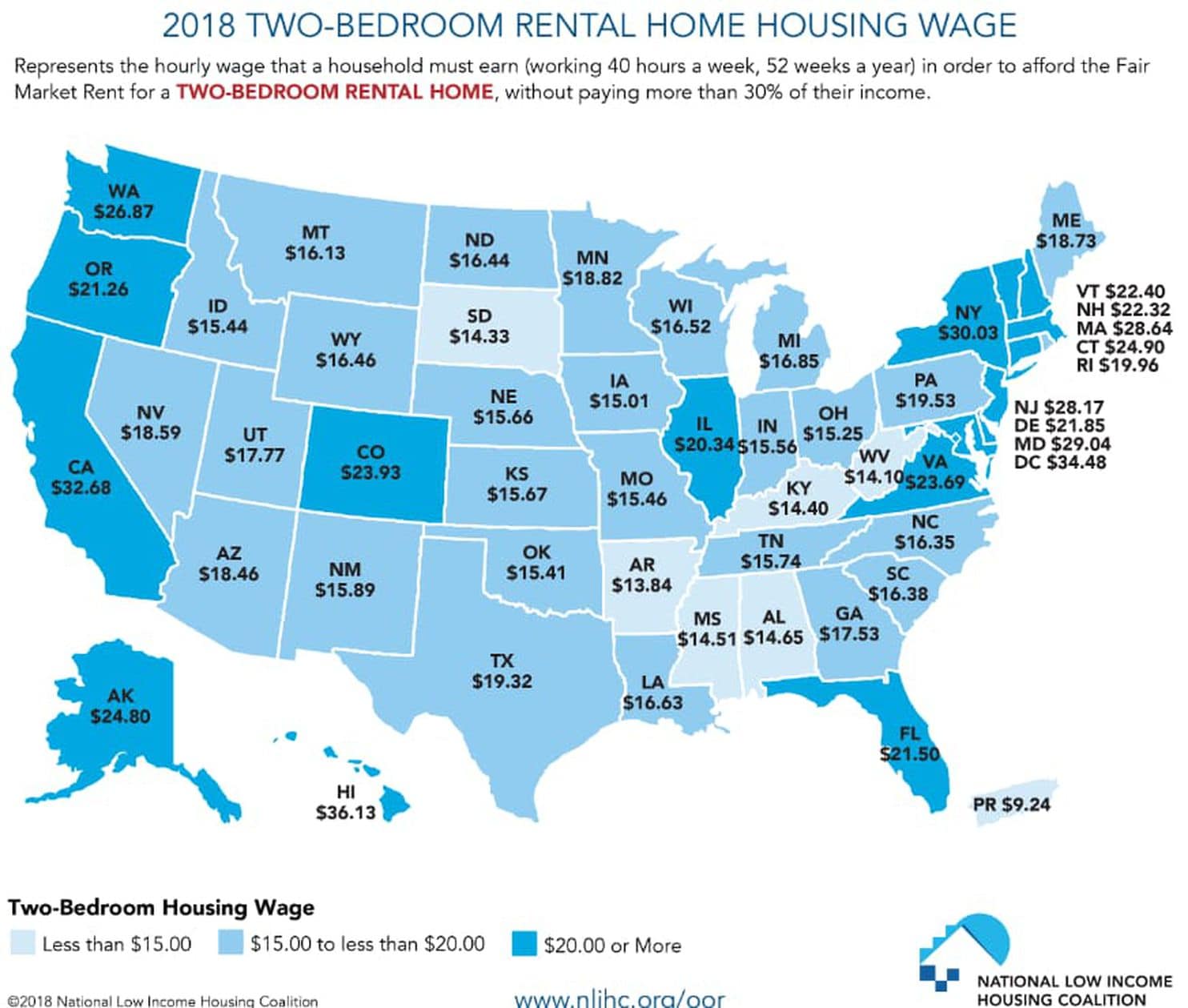 In the US, states and cities have their own minimum wages, keyed to the local cost of living -- but every one of these minimum wages is insufficient to provide that most basic of needs: a roof over your head.

It's the nexus of the crazy, private-equity-fuelled skyrocketing cost of housing and decades of Big Business-fuelled wage stagnation that has seen American workers' pay stalled even as companies became more profitable and GDP grew.

Even a $15/hour minimum wage would not allow a single parent to afford an apartment with a separate bedroom for their child or children in most of America (Arkansas has the lowest rents in the country, and even there you need to earn $13.88 to afford a two-bedroom apartment).

Even a one-bedroom apartment is out of reach for minimum wage workers in almost all of America.

According to the report, a one-bedroom is affordable for minimum-wage workers in only 22 counties in five states: Arizona, California, Colorado, Oregon and Washington. Those states all set their minimum wages higher than the federal minimum of $7.25.

Nationally, one would have to earn $17.90 an hour to afford a modest one-bedroom apartment or $22.10 an hour for a two-bedroom rental. That's based on the common budgeting standard of spending a maximum of 30 percent of income on housing.

The report estimates that renters nationally make an average of $16.88 an hour. That means even those making above minimum wage struggle to afford rent.

Housing costs have continued to rise with growing demand for rental housing in the decade since the Great Recession. At the same time, new rental construction has tilted toward the luxury market because of increasingly high development costs, the report said. The number of homes renting for $2,000 or more per month nearly doubled between 2005 and 2015.