Canada's best weapon in a US trade-war: invalidating US pharma patents 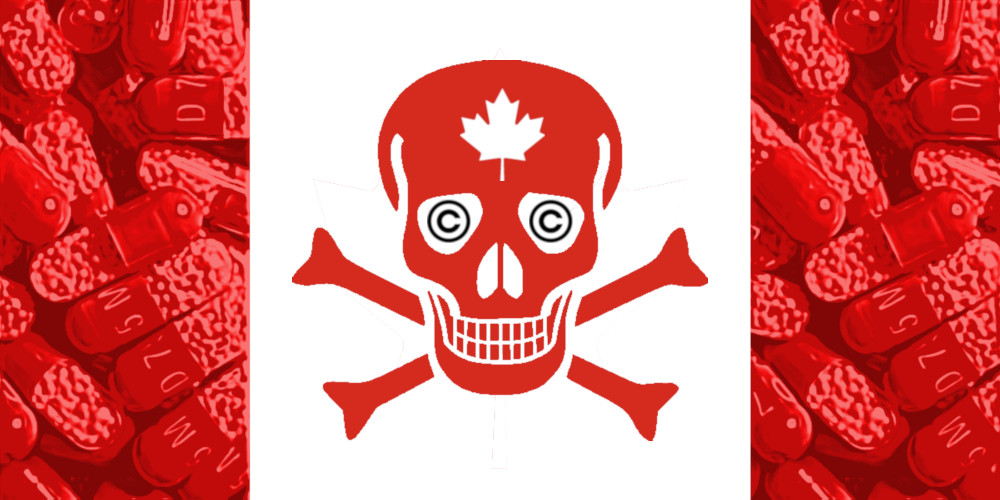 As the US-Canada trade war heats up, Canada finds itself in an asymmetrical battle, vastly overmatched against a country with an order of magnitude population advantage.

Fighting fair — using tariffs to fight tariffs — is a losing strategy. To win asymmetric fights, you have to target your opponent's weakest points.


In the case of the USA, that's pharma patents. US pharma companies hold more patents than any other country's industry, and the international recognition of these patents is a matter of trade law — the same trade law Trump has just shitcanned in his bizarre war on his northern neighbour.


Moreover, pharma is the most effective and powerful lobbying group in America, with so many Congressjerks bought and paid for that the shenanigans never stop. Just the threat of losing their patents in Canada (which would create a thriving grey market in generic Canadian equivalents being sold into the USA and everywhere else) would send an army of rabid attack-lobbyists to the Capital to get Congress to sit on Trump until he cut that shit out.

He argues the strategy need not be limited to pharmaceuticals, but could include intellectual property rights on everything from music to airplane parts. The mechanisms would need to be worked out, but Gold said it could include special Canadian legislation to override U.S. patents in targeted areas.

Attaran believes the tool already exists in trade law governing drug patents. He points to a historical example: Back in the days before the 1989 Canada-U.S. Free Trade Agreement, Ottawa routinely granted domestic drug companies the right to manufacture U.S. drugs — a practice that ended when the FTA and NAFTA were signed.