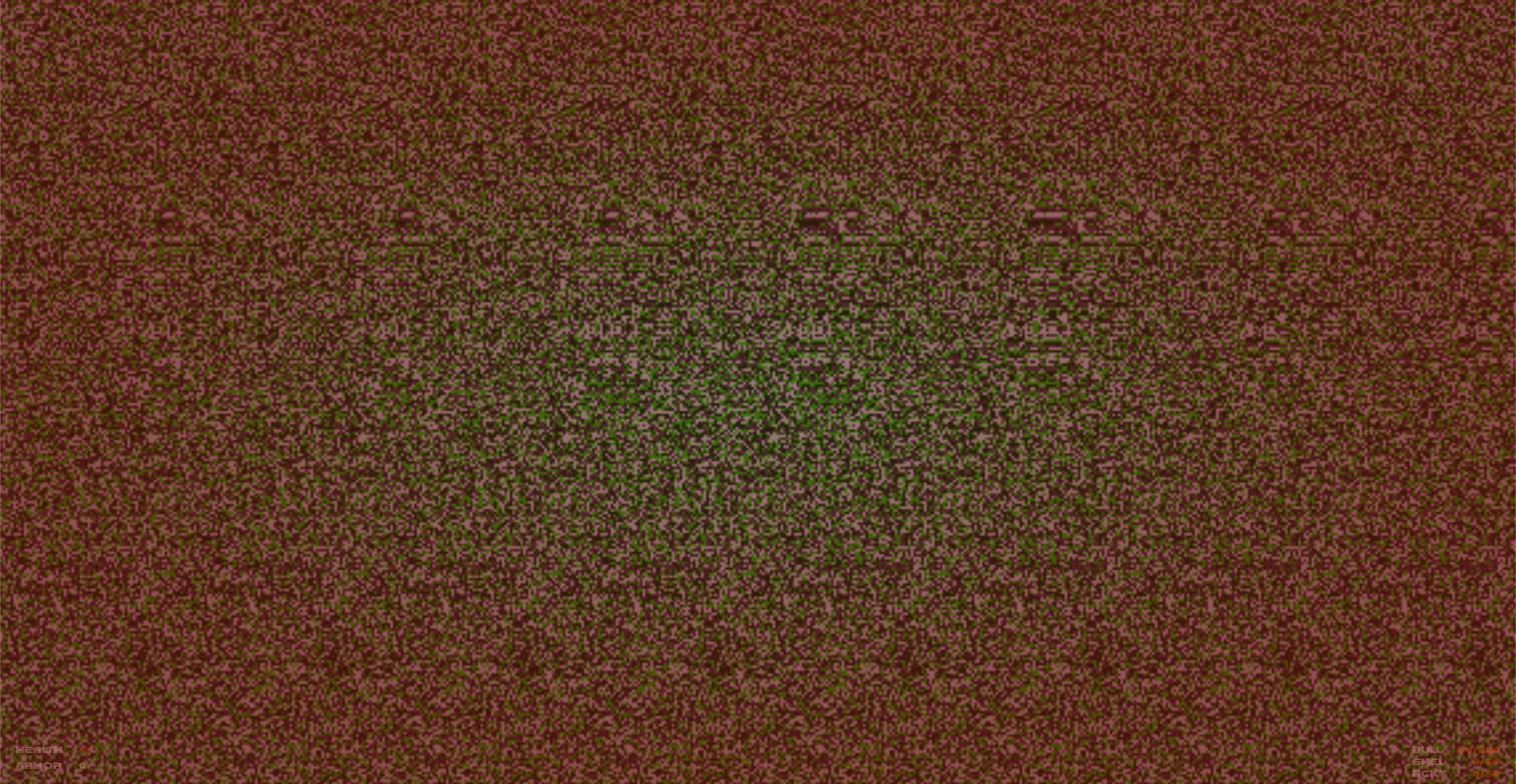 Remember Doom? Remember Magic Eye puzzles that required you to unfocus your eyes and see forever in a field of stereographic static? Now you can do both at once with OMDO, a free download at Itch.

OMDO plays just like DOOM, except every frame is a random dot autostereogram. If you don't know what that is, you should read more about it here, but the gist is that you have to either go cross-eyed or wall-eyed in order to see the game. Otherwise it just looks like a bunch of random dots.

Not surprisingly, this is not a particularly effective or fun way to play DOOM. Depending on your favoured method, you’ll be spending the whole time with your face almost pressed against the screen, or you’ll be cross-eyed. I’ve tried both methods, along with their accompanying game modes, and I’ve yet to see more than the gun.