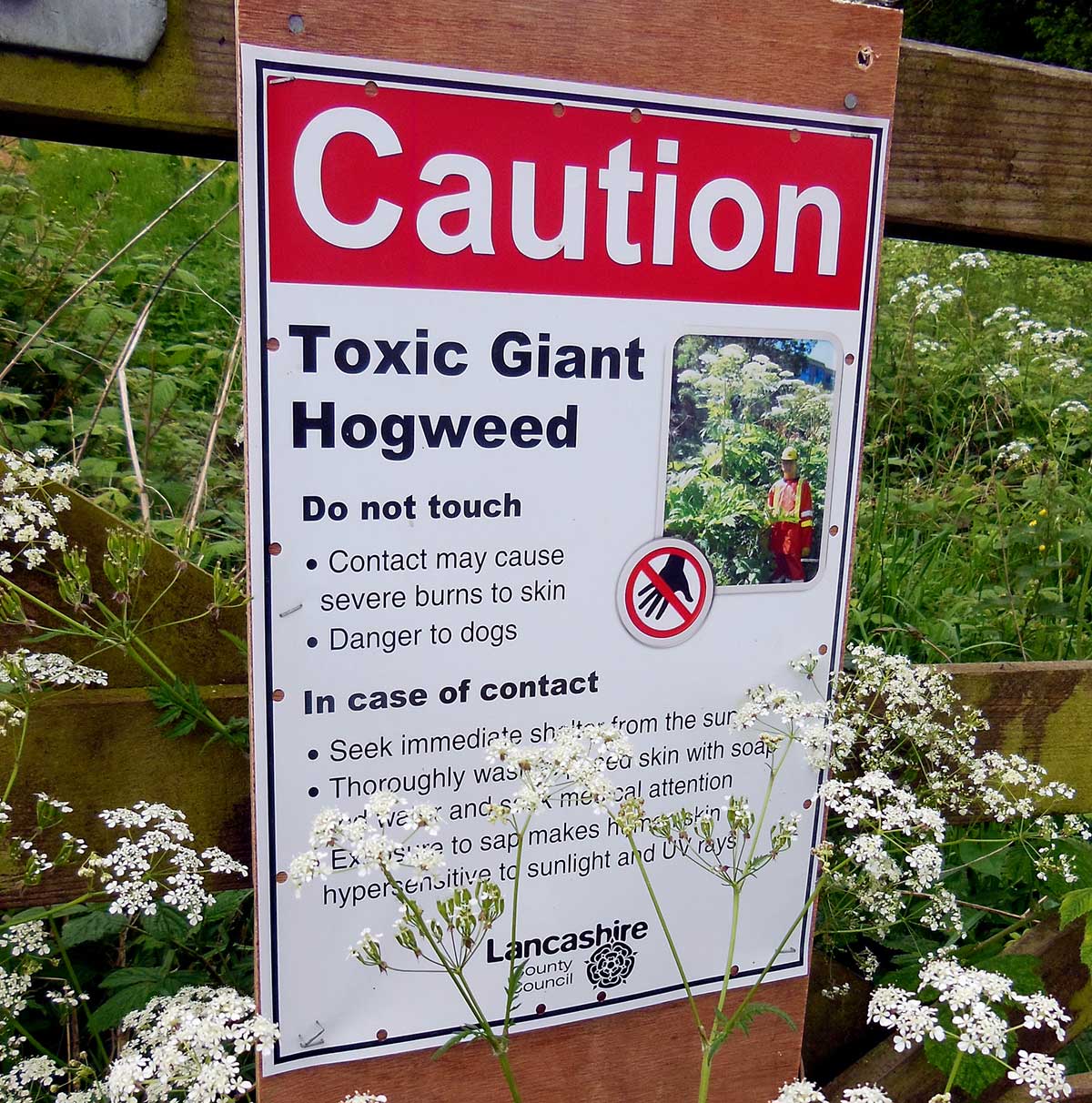 An invasive plant species with an appropriately unappealing name, giant hogweed, has been found growing in Virginia. If its clear sap gets on your skin, exposure to sunlight can cause 3rd degree burns, even years after contact. If the sap gets in your eyes, you could go blind.

Officials in Isle of Wight County, in eastern Virginia near Norfolk and Newport News, posted a warning on Facebook about the invasive plant, which can grow to almost 15 feet.

The Virginia Department of Transportation also reported sightings of the Giant Hogweed in nearby Middlesex County and in Shenandoah County, which is part of the department's Staunton region, according to Richmond TV station WRIC.

Be careful if you encounter this invasive plant! The clear watery sap of Giant Hogweed contains toxins that can cause dermatitis (inflammation of the skin). It can cause burns if you get the sap on your skin and the skin is then exposed to sunlight. pic.twitter.com/zg2XB30gtN