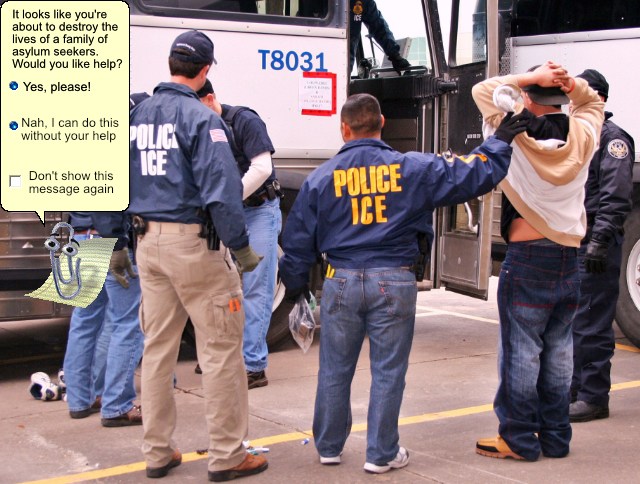 As Microsoft employees grow increasingly furious that their employer is a key technology provider to ICE, providing, among other things, facial recognition software, the company is responding, conscious of the possibility of a repeat of Google's showdown with its employees over the provision of AI for drone warfare systems.

Microsoft CEO Satya Nadella circulated an internal memo to all employees reassuring them that Microsoft only indirectly contributes to ICE's child kidnapping system by providing service to the rest of ICE.

The child kidnapping crisis has prompted Mike Godwin to temporarily suspend Godwin's law, which allows me to point out that the service technicians IBM dispatched to service the Nazi tabulating machines only helped the Nazis to count the dead -- it wasn't like IBM was servicing gas chambers, just as Microsoft is only supplying adjacent services to an agency that the UN has condemned as "counter to human rights standards and principles."

I want to be clear: Microsoft is not working with the U.S. government on any projects related to separating children from their families at the border. Our current cloud engagement with U.S. Immigration and Customs Enforcement (ICE) is supporting legacy mail, calendar, messaging and document management workloads.