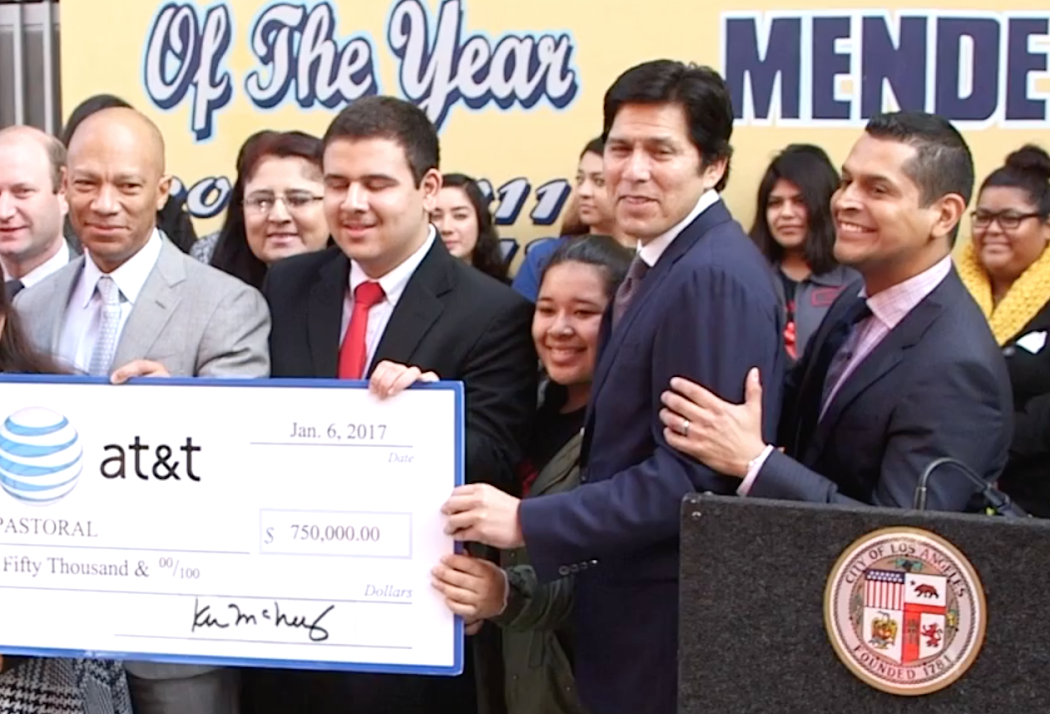 California Assembly member Miguel Santiago [D-83/@SantiagoAD53] is the chairman of the Communications and Conveyance Committee, where he is single-handedly sabotaging the state's outstanding proposed Net Neutrality bill.

The lawmaker, who received $60K in telcoms money in the last election and who counts AT&T as his fifth-largest campaign contributor, has introduced amendments that gut the the bill, allowing ISPs to charge "access fees" to websites so that the ISP's subscribers can visit the site; allowing ISPs to throttle websites who don't pay for premium access; and allowing websites to create data-caps that their own services are exempted from, leveraging their networks to choke out all competition.

1. ISPs to be able to charge any website, any amount of money simply so that website can be used by that ISP’s subscriber. These are called “access fees” and the U.S. internet has never had them. They were explicitly banned by the FCC in 2010 and 205

2. Allow ISPs to throttle online services and websites at the point where data enters their networks. ISPS did this in 2013–2015, slowing down business services, online games and video for tens of millions of Americans until the FCC order in 2015 put a stop to it.

3. Allow AT&T/TimeWarner and Comcast/NBCUniversal to use their pipes to make their content win by making all other online content count against your data caps, but not their own. That kind of zero-rating scheme hurts everyone and gives them even more incentive to keep your data caps artificially low

Tomorrow, California Assemblymember @SantiagoAD53 could force key provisions from the state's #NetNeutrality bill to be removed on behalf of AT&T and Comcast.

We need every Californian right now that supports net neutrality to call their Assemblymember. https://t.co/p2obLGGFk0