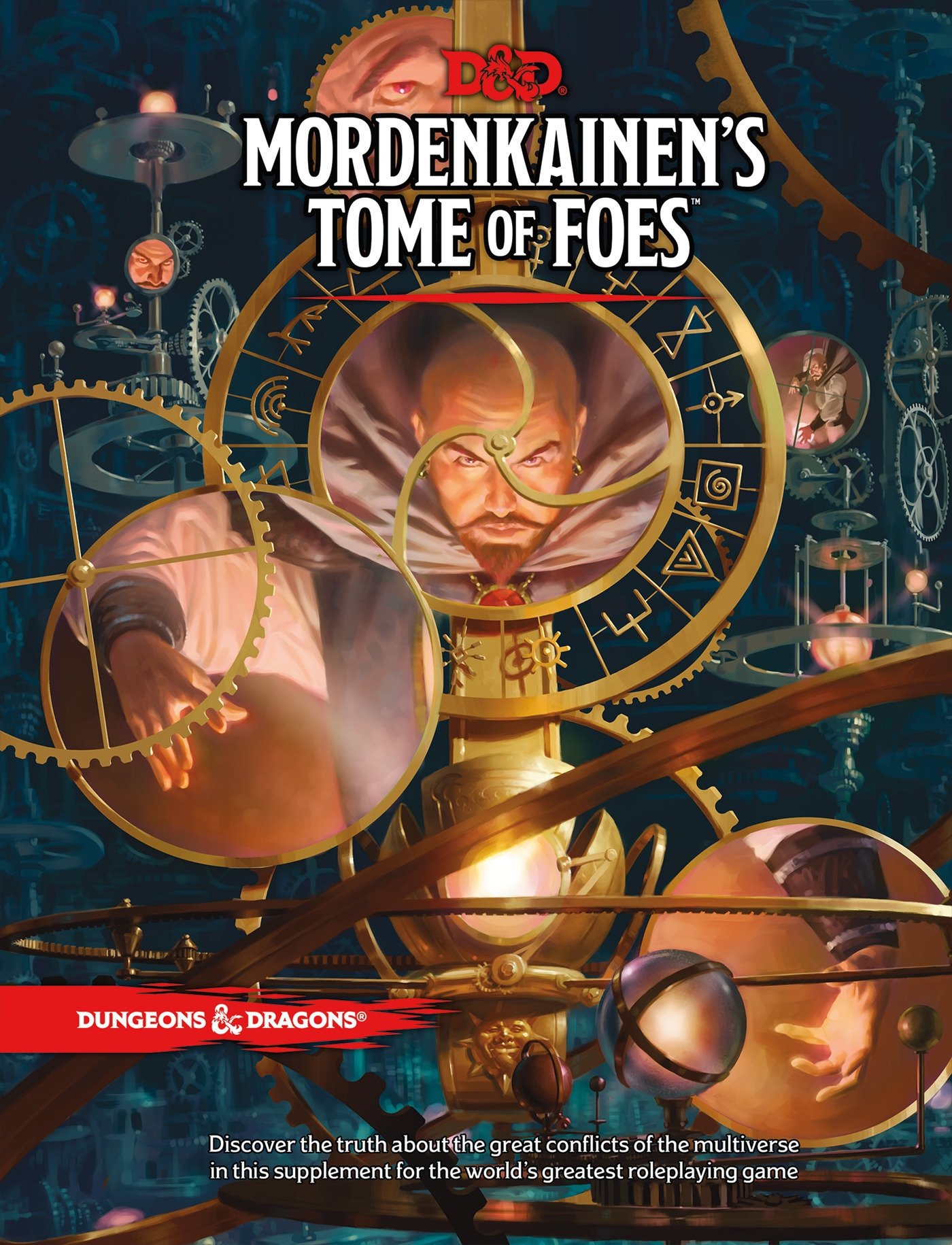 One of the hallmarks of the highly-successful miniatures skirmish game Frostgrave is that it has a fairly simple, elegant rule set. But like all games that become this popular, Osprey has been cranking out the supplements, accessories, and even a spin-off game (Frostgrave: Ghost Archipelago). With such rapid expansion, it quickly becomes difficult to keep track of all of the new magic spells, monsters, treasures, new characters, and the like. Because the game is basically about dueling wizards and their warbands fighting over treasure, there were already a lot of magic spells to choose from in the core rulebook. But after four major supplements, the spell lists were getting a little unwieldy. Enter The Grimoire, a lovely boxed set of 122 magic spells cards which includes all of the spells, from all of the wizard schools, from the core rules and all supplements to date. This includes the just-released Maze of Malcor.

Airfix Battles Introductory Wargame is not a new game, only new to me. It was recommended by my friend Rodney Orpheus when I started asking around for a modern version of an old school map and chits wargame. And that's exactly what this game is. It's also an amazing reminder of just how far wargaming design has come--at least in terms of playability and quality of components--from the Avalon Hill/SPI games of yore. This inexpensive, basic, and extremely playable game almost effortlessly teaches itself to you. Reading through the rule book, I felt like I was being carried along on a gentle current that floated me through the rules, with everything making sense, with clear examples, beautiful artwork, and perfect graphical presentation. You can play within minutes of opening the box.

What you get is, as the name implies, an introduction to basic wargame mechanics: fire and movement, forces with different strengths, abilities, weaknesses, dice-based attack and defense, terrain effects, etc. The game comes with big round cardboard counters for your forces (US and German), but Airfix sells an extensive line of plastic unit and vehicle models that you can use in place of the cardboard. My only beef with this game is that the chits are round! Every old school wargame I ever played had square counters. The counters here also only show an aerial view of the forces represented. All of the stats and abilities are on beautiful cards that clearly show everything the unit can do in the game. This game is easy and breezy enough that you can use it to introduce anyone to wargaming, even if they're not a deep gaming nerd.

As a fan of Star Wars: X-Wing, I have become interested in other air combat games. This latest from Warlord, by the amazingly-talented Andy Chambers (Battlefleet Gothic, Necromunda) is seriously impressive. The starter box pits a squadron of German Messerschmitt Bf 109Es and British Supermarine Spitfire Mk.IIs against each other. You get 12 sweet 1/200th scale plastic plane models which you can either paint or play as is. The unique mechanic of the game involves a positionable stem on the flying base of the models that has three different positions: Disadvantaged (plane nose-down), Normal (level), and Advantaged (plane in a climb). What position your plane is in gives you bonuses or penalties as you engage and really does help create a feeling of tension as you try and maintain the upper hand in a dog fight. You can darn-near hear the roar of the Daimler-Benz and Rolls Royce engines. All of the cards and components are beautifully designed and of high-quality. Warlord does something I very much appreciate in many games today in providing three rule books: A getting-started book, a book of advanced rules, and a scenario guide. There is also an expanding line of additional US, German, Japanese, and USSR plane boxed sets and individual flying aces you can buy to expand your forces.

Mordenkainen's Tome of Foes
Wizards of the Coast, $30

This latest in the line of expansion books for Dungeons & Dragons 5th edition continues the trend of having some famous denizens of the D&D universe as the author of the tome (with funny, snarky, and insightful marginalia throughout). This time we get Mordenkainen, the Oredian wizard from the realm of Greyhawk (and his apprentice, Bigby) presenting and commenting on the contents of the book. The Tome of Foes is divided into two main sections. The first is a fascinating and very readable history of the many conflicts between the races of the D&D multiverse (Devils vs Demons, Elves vs Drow, Dwarves vs. Duergar, Githyanki vs. Githzerai, and others). The second half is a bestiary similar to what we've seen in Volo's Guide to Monsters.

Mordenkainen is a wizard obsessed with cosmic balance, so the book looks at all of the great oppositional forces that help shape (and hold together) the D&D universe. Given this overall theme, the book mainly deals with planar conflicts and creatures, but there are also some new monsters and playable characters from the mortal plane. Some of the monsters in the tome are not new to D&D, but new to 5th edition, some have already appeared in previous 5e publications like Out of the Abyss and Unearthed Arcana. Some are brand new. There are some fun ones in here, like the Giff, the spacefaring steampunky hippo humanoids first introduced in AD&D Spelljammer campaign setting, circa 1989 (remember that?).

One new addition is a monster called the Oblex, a Mindflayer creation that is sort of a cross between a Mindflayer and dungeon slime. It absorbs people (Invasion of the Body Snatchers-style) and steals their thoughts and memories. When it gets too full of people and begins to go insane from all of their jabber, it splits off and spawns another Oblex. The Oblex comes from the mind of a young D&D player whose dying wish with the Make-a-Wish Foundation was to spend a day working at Wizards of the Coast. He and the team created this baddie during his visit. Its origins may be touching, but the Oblex is far from it. It, and frankly a lot of the beasties in this book, are serious nightmare fuel. This is definitely one of the most intense and terrifying bestiaries D&D has ever produced.

There has been some debate over who this book is for. It would definitely be useful for DMs, especially those who like to use high-level and planar creatures in their campaigns. The lore section would be a great benefit to both DMs and any players looking to deepen their character's backstory and their roleplaying chops. D&D's lead designer, Jeremy Crawford, is a master storyteller and myth smith who really knows how to create story lines that beg to be played out at the gaming table. The book is gorgeous, well written, and beautifully illustrated. Personally, I'm not a big fan of the modern D&D art style, but this is, by far, my favorite book that WotC has produced of late. Even for those who might not use a lot of this content in gameplay, this is a wonderful and engaging fantasy book for anyone interested in the D&D universe. Just don't read this thing before bedtime. [Shudder]

Years ago, I was involved in several different traveling boxes of electronics goodies, one of which, The Great Internet Migratory Box Of Electronics Junk, was started by Evil Mad Scientist Labs. The idea is that you agree to receive the box, take out the contents that you want, and replace it with content of similar (or higher) value. Then you find someone else who agrees to receive the box (and to pay the shipping to pass it on), and down the line it goes, bringing joy and cool components to all of the nerds who find the box on their doorstep. Now, the Dungeon Master crafting community has gotten into these migrating mystery boxes. DM Scotty started one that has been floating around many of the top DM crafting channels on YouTube. Jim Kelly, aka DM Jim, got the box, which was overflowing to the bursting, and it inspired him to calve the box and created a 2nd "Craft it Forward" box. I was happy to be the first recipient of this second box. I took out some goodies and loaded in all sorts of plastic mini sprues, some painting accessories, a card game, and some other cool stuff. I passed it on to another one of my DC-area gaming pals. I love this concept and encourage Boing Boing gamers to join in if you encounter one of these boxes or to start your own. Besides getting fun and useful stuff, it's a great way to socialize with far-flung gaming communities.

(Above, the guys at Roll For Damage open the DM Scotty box.)

This past month, I've been working on modeling cars and terrain for the Mad Max-style post-apocalyptic car combat game, Gaslands. I ran into this super-simple technique for rusting metal, like the 55-gallon drums I'm using in some pieces of scatter terrain. All you do is basecoat the drum in whatever color you desire (I went with black). Then you use a chunk of foam cut from the material usually found in miniature packaging (or a make-up sponge) to stipple on some mid-tone brown paint in random patterns. I'm using Citadel's Mournfang brown here. That's it! It only takes seconds and you get a surprisingly convincing effect.

The wonderfully talented artist and illustrator, Michelle Rial, posted this D & D character alignment chart to her Twitter feed. I need a new hobby pic.twitter.com/bRn5QJ4u90 — Michelle Rial (@TheRialMichelle) February 14, 2020 Which alignment are you? Would you use different candy hearts? Happy Valentine’s Day! Image: Used with Permission