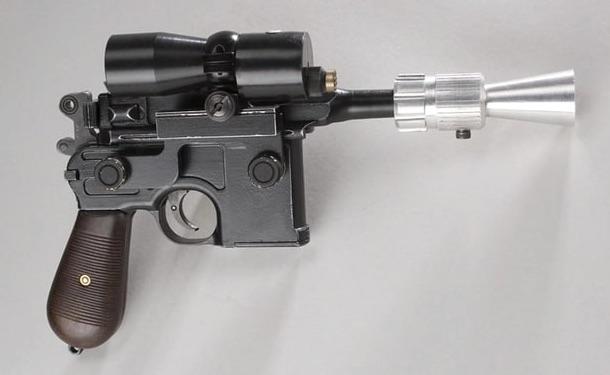 Han Solo's blaster used in "Star Wars: Episode VI – Return of the Jedi" sold for $550,000 at a Las Vegas auction on Saturday. Turns out that Ripley's Believe It Or Not bought it. Believe it... or not. The prop was part of a collection sold off by the movie's art director James L. Schoppe. From Rolling Stone:

However, Han Solo's blaster fell well short of the record for the priciest Star Wars item in the franchise's auction history: In June 2017, an R2-D2 unit that was seen in numerous Star Wars films sold at auction for $2.76 million, over its $2 million pre-auction estimate.

good blaster at your side / props / star wars