Meet the winner of the 2018 World's Ugliest Dog Contest 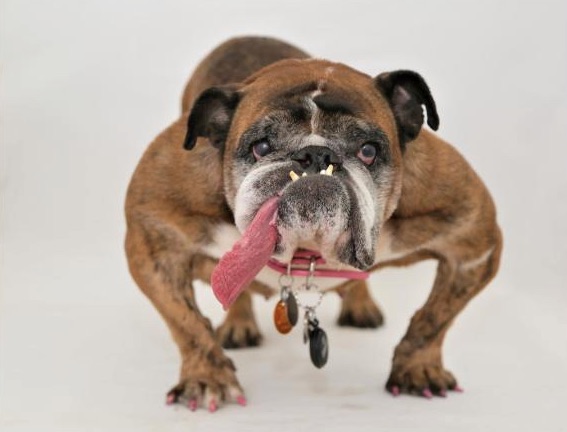 This is Zsa Zsa, the English bulldog who this weekend took home the top prize at the 30th annual World's Ugliest Dog Contest in Petaluma, California.

"Nine years young with a swaggering tongue, Zsa Zsa delivered a shower of slobber as she claimed this year's title," said a news release.

A function of the annual Sonoma-Marin Fair, it seeks to demonstrate "the pedigree does not define the pet." By raising awareness about the benefits of adoption, "the contest speaks to the importance of advocating for the adoration of all animals," even those not blessed with Lassie's movie-star looks.

Many of the pups taking part in the contest were rescued from kill shelters or puppy mills, organizers say.

That includes Zsa Zsa, your 2018 queen, who spent five years at a puppy mill in Missouri before being purchased by the nonprofit Underdog Rescue.