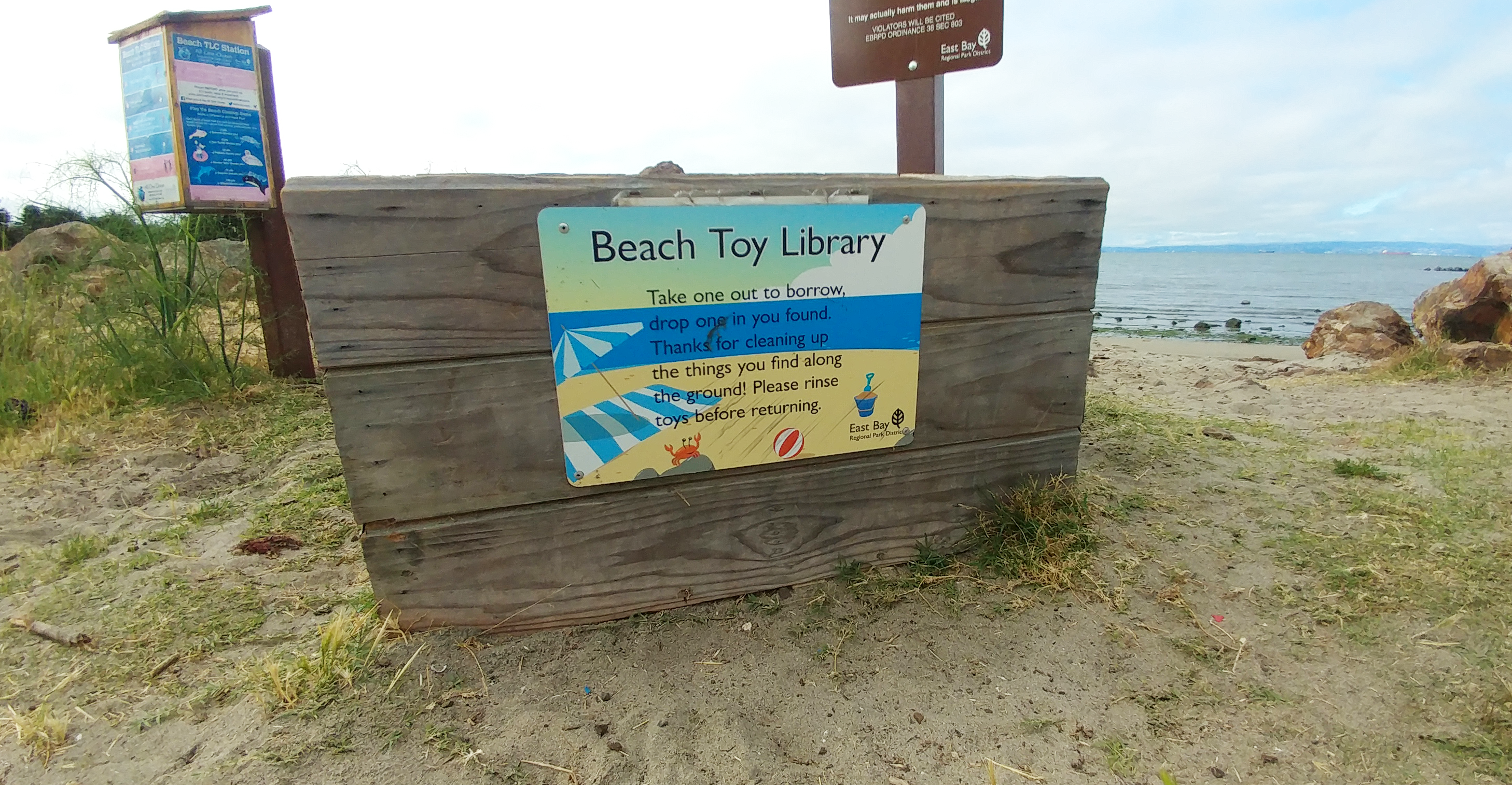 There have been all kinds of neat alt-libraries, places where you can check out things other than books. There are ones for tools, American Girl dolls, and musical instruments (and undoubtedly lots more).

Here in Alameda, at the entrance of a charming estuary on the west end of town called Crab Cove, there's a Beach Toy Library. You can "check out" a sand-friendly toy to play with out of the wooden box, or leave one that you found. I love the spirit of this but given the condition of the toys in the box, I suggest people leave some new toys they "find" at the store.