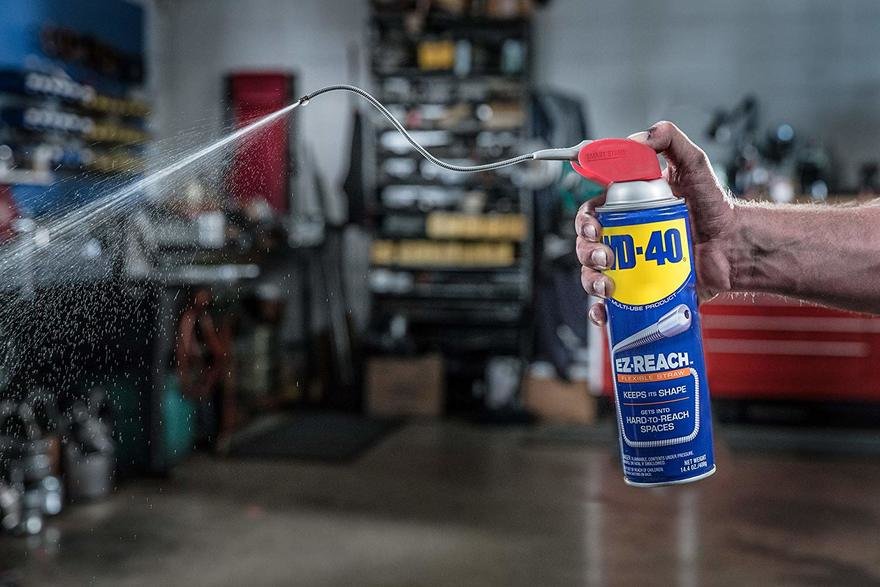 WD40 has replaced its traditional taped-on, easy-to-lose nozzle straws (so important for getting the slippery stuff into the stuck places) with a pair of new options: a "smart straw" that is permanently affixed and delivers either a focused beam or a wide blast, controlled by a thumb-button; and a poseable metal "EZ Reach" straw that you bend into the desired shape and then direct, allowing you to squirt into hard-to-reach, places around corners and behind obstacles.