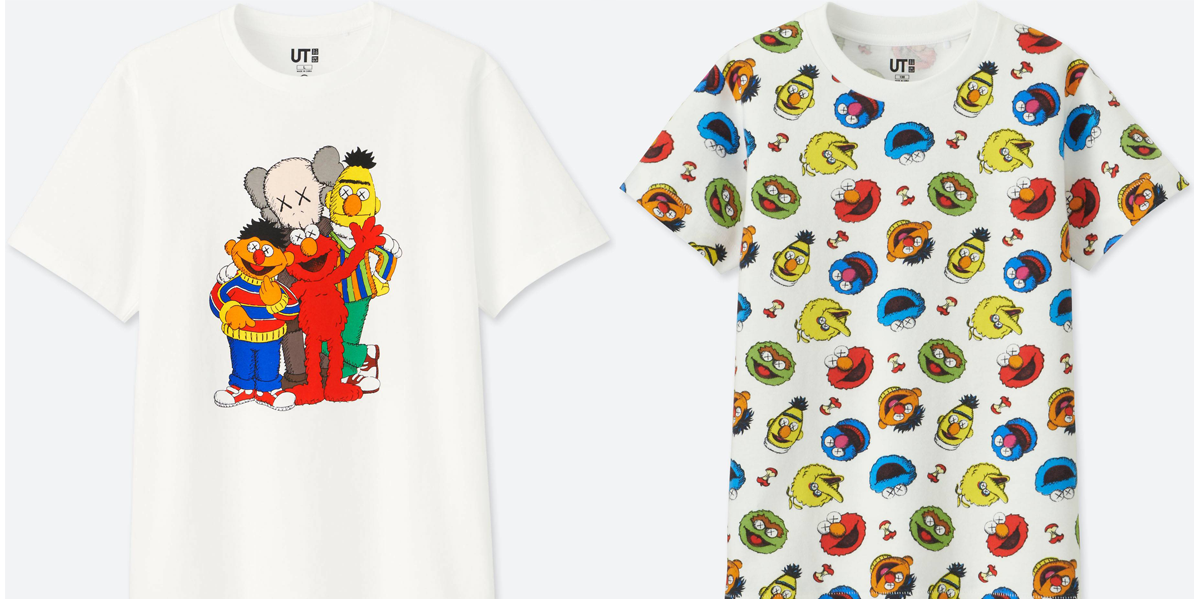 KAWS has put his imprint on Sesame Street in a new apparel line for adults and kids. The collection will be available online on June 28 and in stores on June 29 at Japanese retailer Uniqlo. Prices start at $14.90 for adults and $9.90 for kids.