What do they mean by "enhanced color" in space images? 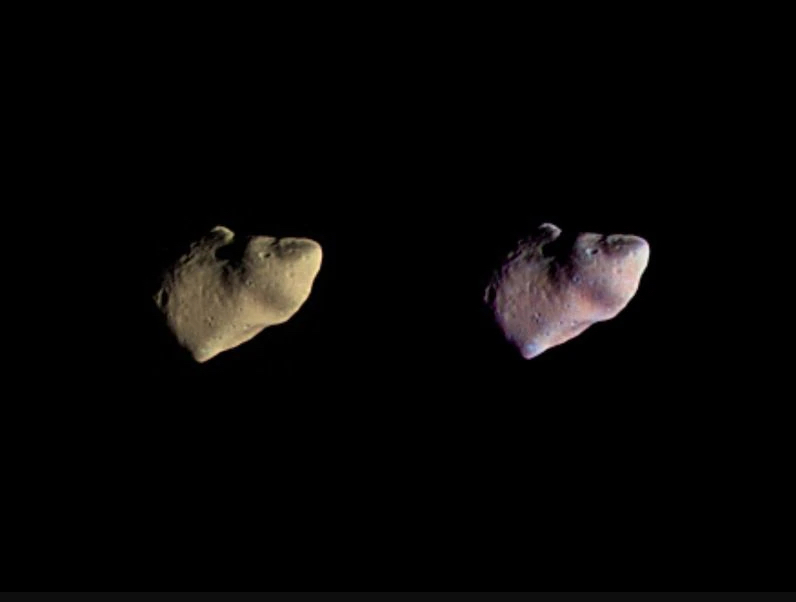 The striking enhanced color image of blue-hued sand dunes on Mars led some readers to ask what that means. Above is a side-by-side image in what scientists call "true color" on the left and enhanced on the right. The color humans would perceive is probably somewhere between the two, depending on conditions. Here's the difference:

These two color views of the asteroid Gaspra were produced by combining three images taken through violet, green, and infrared filters by the Galileo spacecraft on October 29, 1991, from a distance of about 16,000 kilometers (10,000 miles). The view on the left shows Gaspra in approximately true color; the surface is covered with rocks that are somewhat less grey than those on Earth's moon. In the version on the right, the colors were enhanced to bring out the muted color variations on the asteroid and to increase the ability to discriminate between surface features. The subtle variations in color may be due to slight differences in rock composition or to differences in the texture of the surface layer.