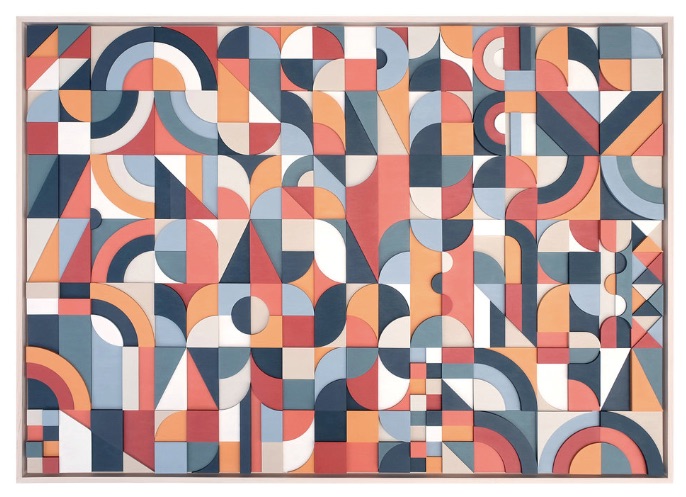 This Saturday (6/30) in San Francisco, Brooklyn-based artist/designer Scott Albrecht opens "A Forgiving Sunset," a large solo exhibition of new woodworks, works-on-paper, and steel sculptures. Scott continues to amplify his blend of artistic vision and exquisite craftsmanship in captivating works that are based in simple typographical forms but manifested from his puzzle-like assembly of numerous individual pieces of paper, wood, or, now, steel.

“The work for this show pulls from a range of experiences and inspirations over the last two years," Albrecht says. "A recurring point of reference in the work was the social climate and the growing gaps I was seeing among relationships — both on a cultural level as well as a personal level — and my own desire to return to something more connected. When I began this collection I developed a somewhat daily habit of listening to the poem, Desiderata by Max Ehrmann. Although it was originally written in 1927, it is, among many things, a fairly timeless call for empathy, compassion and understanding, which seems just as relevant and needed today as I’m sure it did when it was written.”

A Forgiving Sunset hangs at the First Amendment Gallery until July 28. The opening reception is Saturday, June 30, from 7-10pm.