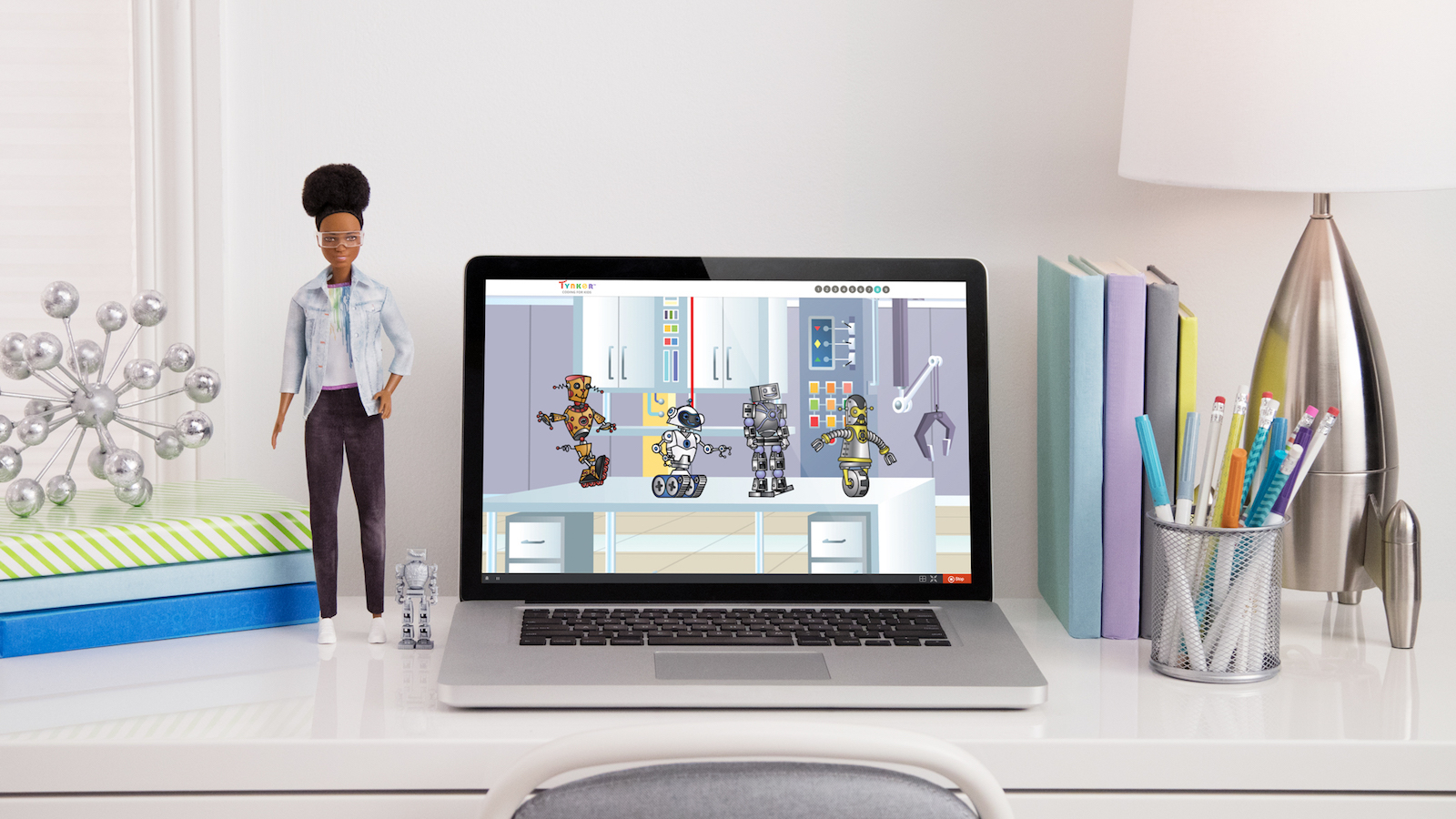 Ever since 1992's Math class is tough/let's go shopping scandal, Mattel has been trying to figure out how to make a more progressive Barbie, something to bring back the edgy glory-days of 1982's teen pregnancy Barbie.

There've been some promising starts (Barbie's first Enigma machine FTW!) and some horrible mistakes (remember internet of shit Barbie, who harvested every utterance in your home and transmitted them to a military contractor?).

Earlier this year, Mattel announced that it was partnering with Tynker to bring Barbie-themed coding lessons to young kids. As of today, six free coding experiences are now available as is a new STEM-themed doll -- Robotics Engineer Barbie. The lessons are geared towards beginners, kindergarten-aged and older, and aim to teach logic, problem-solving and the basics of coding. While they learn, kids can also take on different career roles alongside Barbie, including musician, astronaut, pastry chef, robotics engineer, farmer and beekeeper.