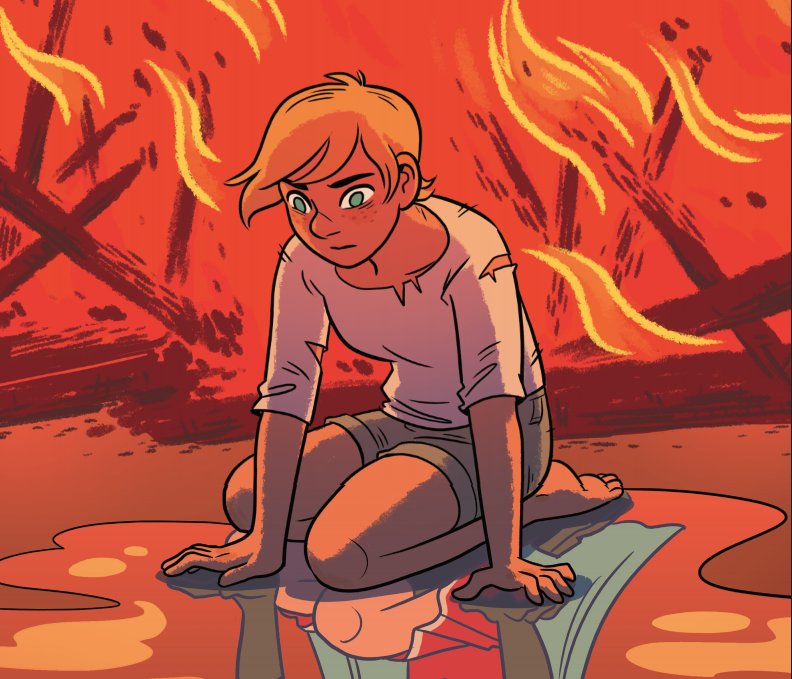 In book two, Alison Green has "taken off her mask" and retired from superheroing, getting out of the trade ahead of her peers, who are abandoning the calling en masse, disenchanted with fighting petty criminals and facing hard questions about the accountability and legitimacy of superheroes coercing compliance from the baseline humans around them.

But not all of the superheroes have given it up. One of Mega Girls old super-partners is using her invisibility power to execute rapists who escape justice and is working her way up through the judges who let them off and the other enablers.

Alison has a new philosophy teacher, a kind of larger-than-life figure who forces her to confront the hard questions she's been dodging, look at them head-on in the presence of her peers, who view her with a mix of respect and fear.

Alison's life out of class is also philosophically provocative: between rescuing people from burning buildings with the local fire department, going viral after foiling a date-rape and a party and then berating the other party goers for failing to take action, and contending with other supers who blame her for the mysterious invisible slasher who is cutting the throats of acquitted rapists, Alison has a lot to be introspective about and precious little time to do so.

Instead of a lot of philosophical maundering, Mulligan and Ostertag deliver tons of great superhero action, a cross between Mystery Men and X-Men -- and then, as each adventure builds, as each super is introduced, they use the action to deliver another philosophical puzzler, wound around the ancient Greeks, the selfishness of Rand, the contemporary discourse around social justice and safe spaces, giving each a fair shake, showing the downsides of each, and the upsides, and challenging the reader (and Alison) to chart a course through intellectual problems that are every bit as hard-fought as the super-battles Alison is fighting.

It is a wonderful combination, a return to the philosophical roots of superhero stories (remember, Superman's creators started with Nietzsche), with subtlety, wit, action and humor.

I can't wait for the next volume -- I hope it isn't another four years in coming.