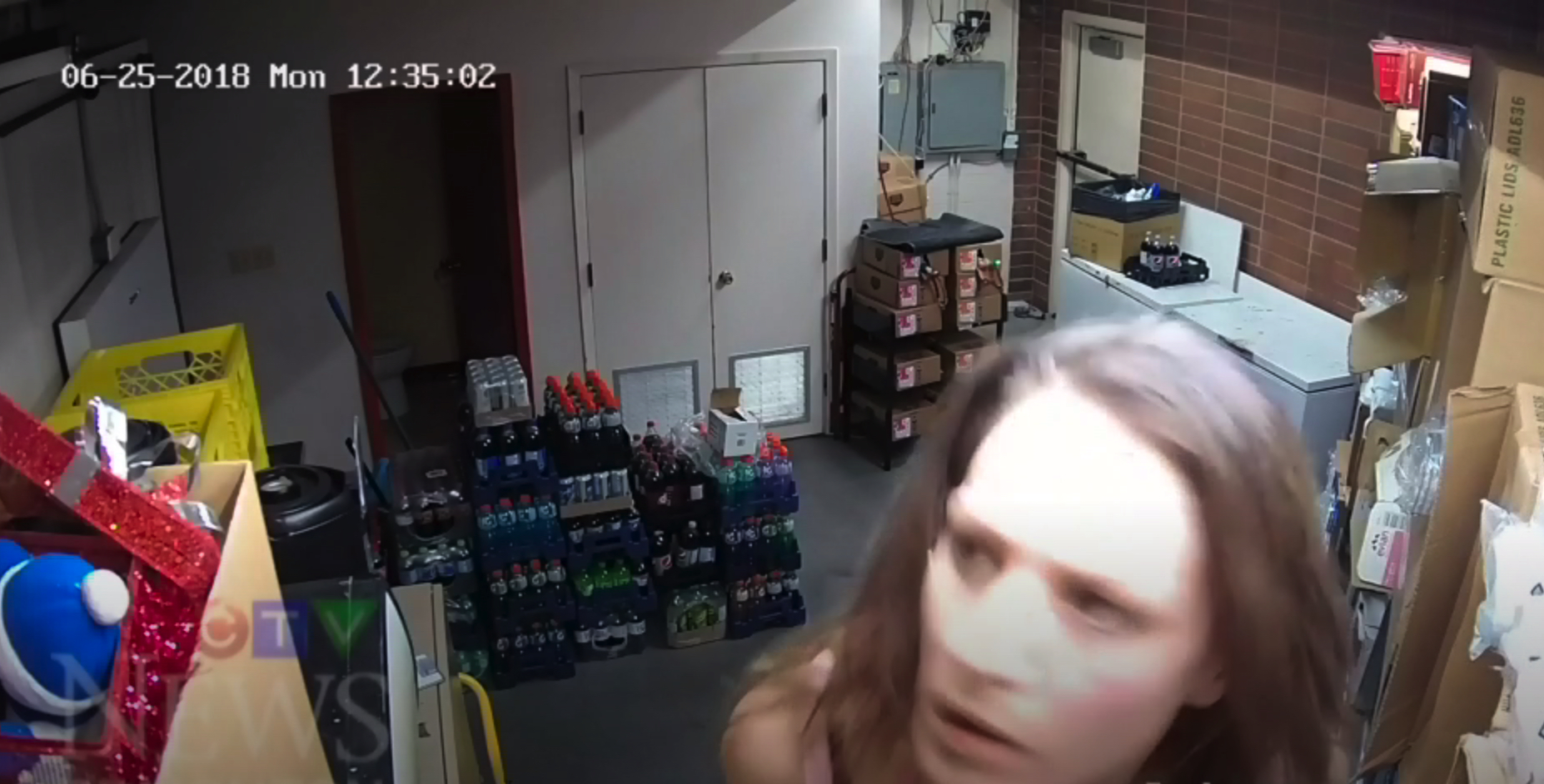 In this footage from a gas station in Edmonton, Canada, two young ne'erdowells wheedle, wrangle and wrestle with a cop who, all said, appears to be having almost as bad a day as they do. And from there, the story makes less sense even as it attains extraordinary power and meaning.

"What we cannot talk about clearly must be passed over in silence." — Ludwig Wittgenstein

Update: Here is the story: a card declined, a suspicious clerk, a prompt policeman, and all hell breaking loose.

On Monday afternoon, a 29-year-old woman fell through the ceiling of the King Street Reddi Mart and into the store below while trying to escape police. She was arrested without further incident.

She was with a 28-year-old man who was Tasered and then wrestled to the ground by an RCMP officer and the store owner.