These nine companies are snapping up almost all the AI startups 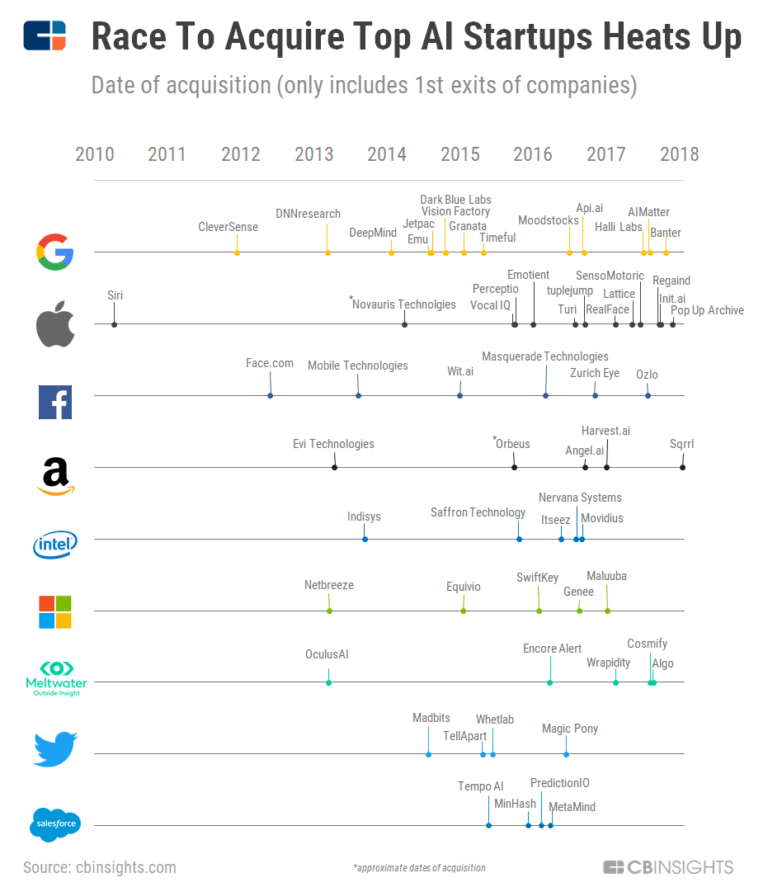 In the current acquisition binge around artificial intelligence, tech behemoths with deep pockets lead the way, including Google, Apple, Facebook, Amazon, Intel, Microsoft, Twitter, and Salesforce. The only one with a limited consumer-facing presence is social monitoring firm Meltwater.

This list comprises companies that have made four or more recent acquisitions, but there is plenty of movement in other industries as well. Via CB Insights:

AI startups are acquisition targets not only for big tech companies, but also for traditional insurance, retail, and healthcare incumbents.

In one of the largest M&A deals in artificial intelligence, Roche Holding acquired NY-based Flatiron Health for $1.9B in Feb’18. The only other disclosed $1B+ AI exit was Ford’s acquisition of auto tech startup Argo AI in 2017.

Google is the top acquirer of AI startups, with 14 acquisitions under its belt (excluding Kaggle, a data science community that hosts machine learning competitions).