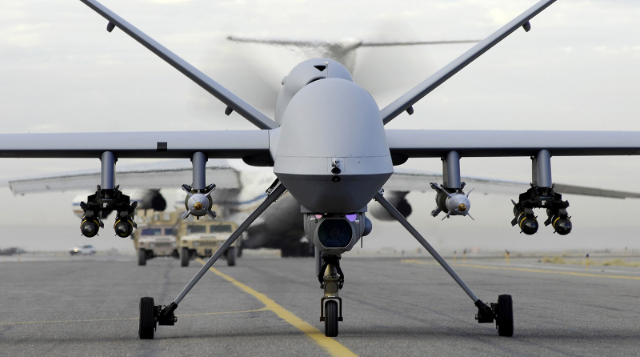 But that’s not all! As an added bonus, the hackers also managed to snag a manual for ground troops that details how to lessen the threats posed by improvised explosive devices. Where the chances of someone being able to get their hands on a Reaper Drone to pair with a pilfered manual are pretty slim, the information given to grunts on how to keep from getting blown up by IEDs could easily be put to use by an aggressor: if you know what soldiers are looking for when they're sniffing out a threat, then you understand what to change up in order to potentially provide your attacks with a higher rate of success.

Secure those home networks, folks. Or better, yet, don’t keep your sensitive content in places where anyone with a bit of knowledge can come in and plunder it.