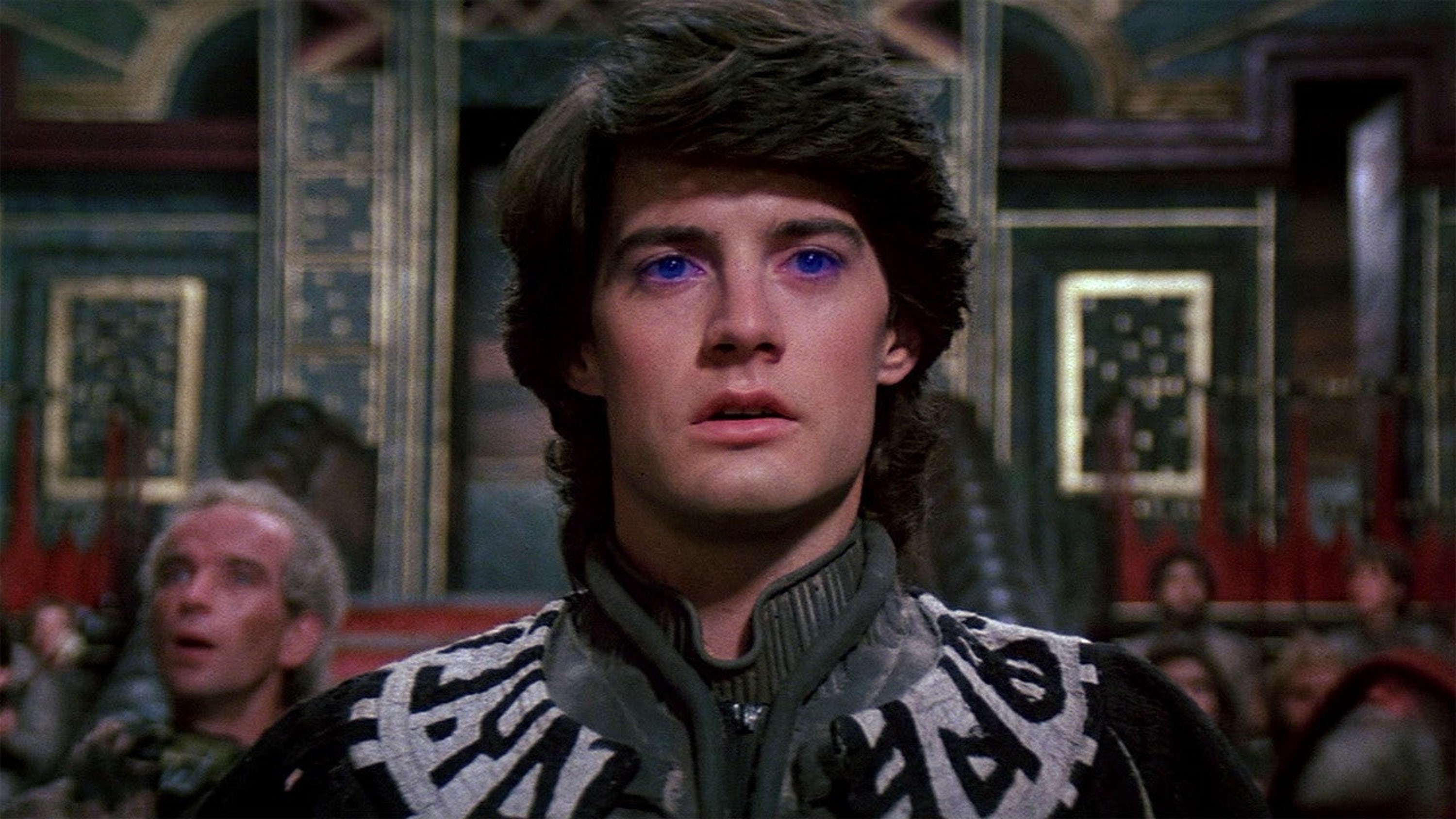 Dune's is the last remaining online fandom that remains pure, writes Sean T. Collins. Spectacular yet sprawling, wondrous yet wooden, prophetic yet problematic, it has everything -- and the best memes, too.

Dune references signal shared knowledge to those in the know, and that’s about it. Dune fandom is an un-fandom.

Part of my edit of Lynch's film remains live on YouTube. It's Dune with all the dialogue taken out:

The logo for Denis Villeneuve’s forthcoming Dune movie series was revealed at an event in France last night. It appears the movie’s producers are rushing to remove it from the ‘net, as photos of the logo are disappearing from popular Dune fan accounts with copyright enforcement notices left in their wake. Wow – I've had […]

Last-minute stocking stuffer! After many requests I have finally made the Choam-azon logo available on tees, mugs and housewares, with absolutely no-one’s permission. Celebrate the crushing monopoly on interstellar trade enjoyed by Combine Honnete Ober Advancer Mercantiles with this handsome design evoking its distant origins on Old Earth. Shipped directly by Guild Heighliner to your […]

David Lynch’s Dune, though unsuccessful in theaters, has gained a more positive reputation over the years for its spectacular visuals and memorable one-liners. But Denis Villeneuve, directing a new movie of Frank Herbert’s SF classic, says he’ll be taking pains not to let it influence his own vision. From an interview with Yahoo: “David Lynch […]