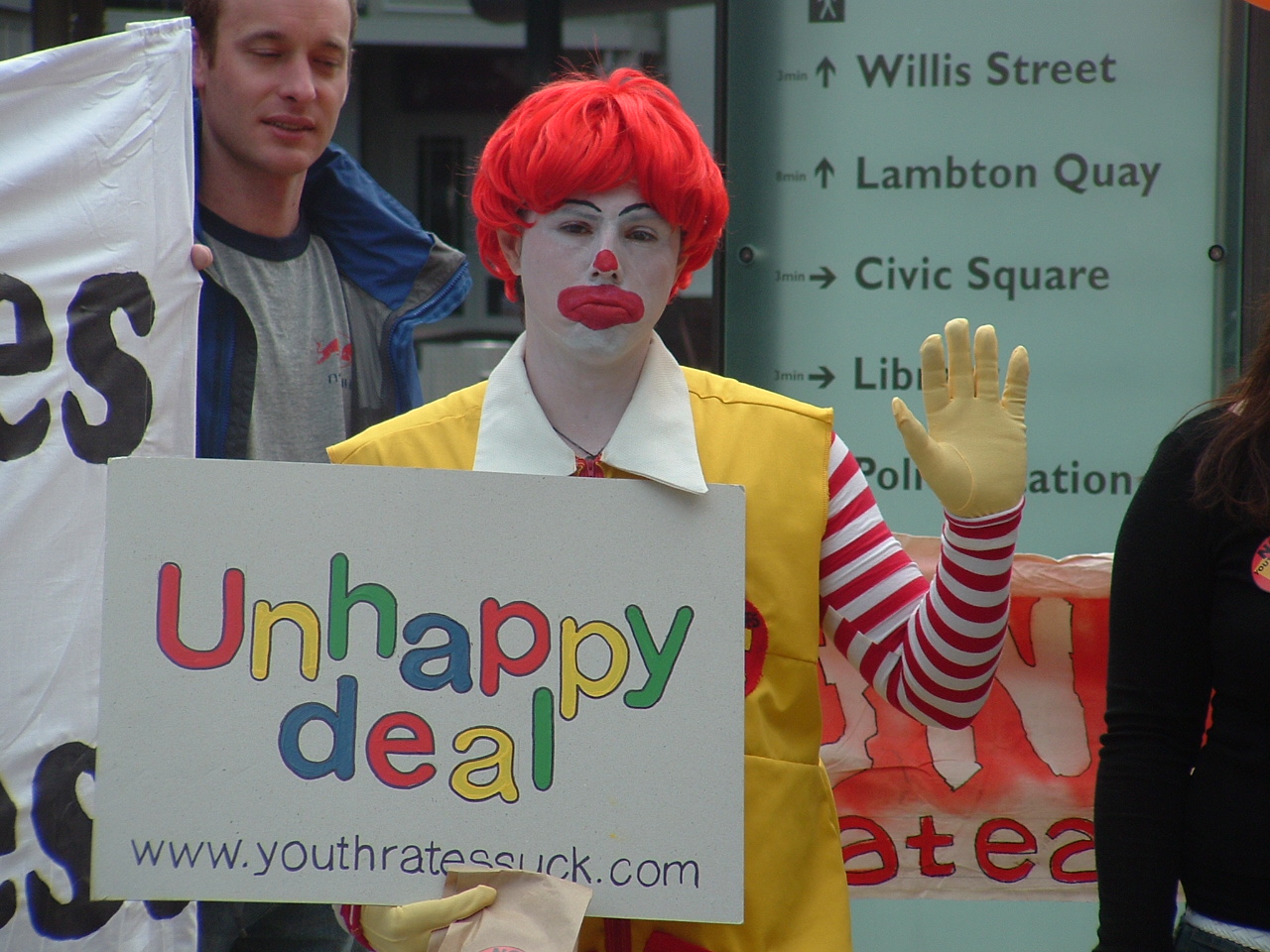 Wage stagnation in the USA has many causes: both the destruction of trade unions and the erosion of labor protections in the law (these two things are connected) are obvious culprits, and do much to explain how real wages could be falling even as unemployment has gone down.

But another, subtler evil is the rise and rise of noncompete clauses that allow your old boss to decide whether you can continue to work in your chosen industry after you quit because he's such a raging asshole. Unsurprisingly, this does not produce good outcomes for workers.

What is surprising is how pervasive noncompetes are: it's not just AI researchers or elite biotech scientists: noncompetes are a common fact of life for semi-skilled jobs like working in a fast-food restaurant.

In the case of literal McJobs, the noncompetes are hidden from workers; instead, it's the franchise owners who have to sign them, ensuring that you can't transfer your skills working as an underappreciated Wendy's assistant manager to a rival franchisee's store in a bid for higher wages or to escape a sociopathic employer.

This practice is so pervasive that state attorneys general in 10 states investigated the largest fast food chains in the country and threatened them with enforcement action if they didn't abandon the practice.

For many years, fast-food franchises agreed not to recruit or hire one another's workers within the same chain. These "no-poach agreements," as they are known, meant a worker couldn't get better pay or move up the ladder by going to another franchise.

"These no-poach clauses, I think, are an example of a rigged system," he said. "I think you're a worker, you have no idea this clause exists, you haven't signed it. And yet when you try to go to another business to improve your wages, you can't do it, because of this condition in a contract that you never signed."