The Tower of London's Ravenmaster wrote a great book 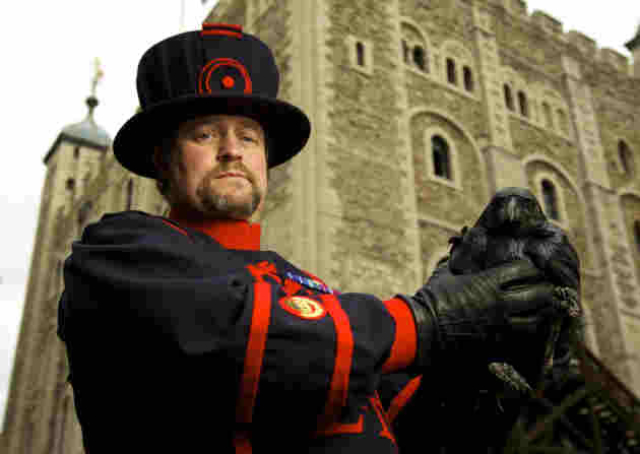 I first spoke with Chris Skaife in 2013 after he was was awarded a position at The Tower of London following a long and distinguished career in the the British Army. A Yeoman Warder, Skaife holds the position of Ravenmaster. As the title implies, he’s responsible for the care of the Tower's unkindness of ravens.

Our first conversation about his gig left me fascinated: Here was a man with a job that’s completely singular in the world. His days, are full or tourists and the occasional state visit, history and tradition. That he goes about his duties in a uniform that looks like it’s designed to kill its wearer on a hot summer day, is shorthand for the amount of dedication he has to his responsibilities. I came from talking with Skaife with so many unanswered questions about what his day entails, his passion for the birds under his care and what it’s like to navigate such a unique gig.

Happily, I’ve had most of my questions answered by Skaife’s upcoming book, The Ravenmaster: My Life with the Ravens at the Tower of London. It’s not out until October, but it is available for pre-order at Amazon. Chris, good fella that he is, provided me with an early draft of the book to read, a few weeks ago. I’m looking forward to buying the real McCoy once it becomes available.

The book’s structure and Skaife’s friendly, matter-of-fact narrative style made for a quick, enjoyable read. It smacks of a friend talking you through his day at work. In the book, Skaife takes the reader on a tour of his daily duties, from morning until dusk, explaining the ins and outs of everything that he and his team do to keep the Tower of London’s ravens healthy and entertained. He’s happy to talk about his successes in the position of Ravenmaster. He’s also frank about his failures. The most fascinating bits of the book, for me at least, came from Skaife’s explanation of the relationships he has with each of the corvids in his care. There’s love, annoyance and respect in how he talks about each of the Ravens he’s responsible for. The amount of knowledge of corvid body language, the meaning behind the sounds that his ravens make and their individual quirks makes for a damn good read.

Given the utter shambles of a world that we’re living in right now, running into a read like this felt like a vacation from the vile news cycle that I normally wade through with my eyes. When it’s possible to get your hands on a copy, I heartily recommend that you do so. It’s not a long book, but I think you’ll find it to be a very satisfying one.