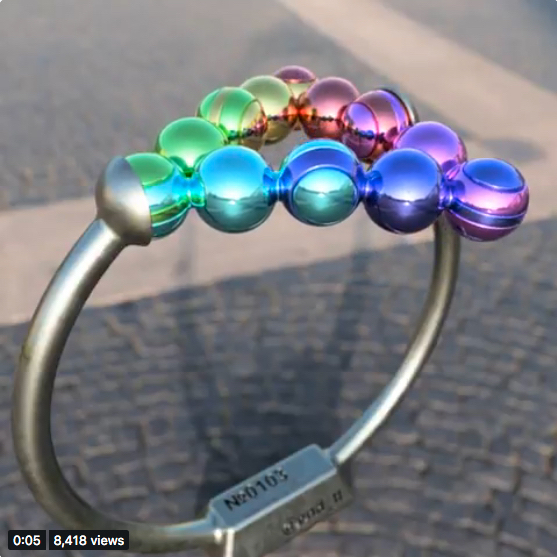 Twitter user πend creates mesmerizing mechanisms called kaleidocycles, which twist and torque and spin in an endless loop. Some of them are quite imaginative:

Kids and kids at heart can make a real kaleidocycle with a simple paper pattern:

Check out this collection of 30 PDF templates for cut-and-fold paper mechanisms and 3D optical illusions. Some of these will be familiar to readers of pop-up books, but many look like new innovations. [via @kellianderson]

Although you won’t find any official toys of “the Child” from Disney’s The Mandalorian in stores yet, you can decorate your tree with this authorized papercraft version of Baby Yoda in his floating bassinet. All you need is scissors, glue, and a healthy amount of some patience to get all the fiddly bits stuck together.

Rogan Brown creates intricate paper sculptures inspired by microorganisms: When looking at, for example, microbes and trying to imagine the vast colony of bacteria that lives in and on our bodies the range of factual visual representation available is relatively limited so I have to use my imagination to scale everything up and create an […]