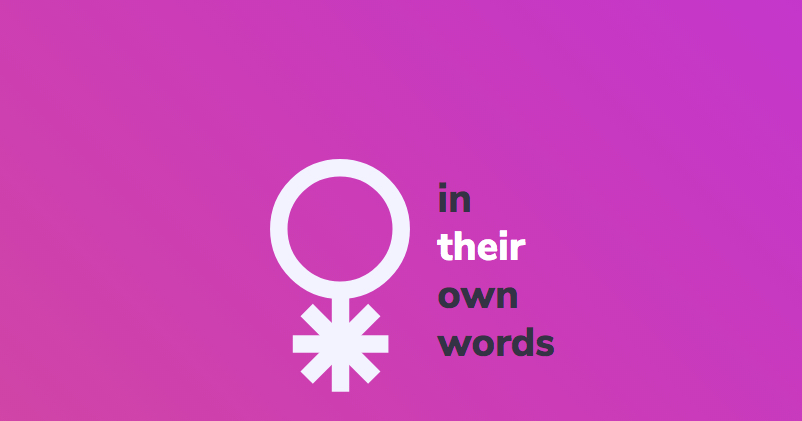 In Their Own Words is a new project that gives voice to the growing movement to do away with gender labels and restrictive expectations. As an example, here's an eye-opening comment from a participant named Jen:

These days I’m finding labels to be very stressful. I feel like I don’t have a gender, but no matter what I wear I’m going to be seen as a man because of my body. But I don’t have to uphold expectations of what I should be wearing for my body, or who I should be 24/7.

It's really hard to pin down with words how I move in the world with so many people trying to stick labels on me-- from being told by family while growing up, that I had to be masculine to being told by the kids on the bus that I had “a little sugar in my bowl,” to being told by racists that dark-skinned black bodies like mine are masculine by default. I’m even labeled by potential romantic partners that say I’m either “too feminine” or “not feminine enough.”

All my life I’ve been told to toughen up because dealing with racism requires black folks to have a tough skin, but I’ve always been “soft.” Part of me is sure that most nonbinary folks are empathic energies in a world that loves division -- division of genders, bodies, etc.

Check out all the other thoughtful comments and first-person accounts.

• In Their Own Words (Youth Radio via Lissa)