How to tell when someone is lying 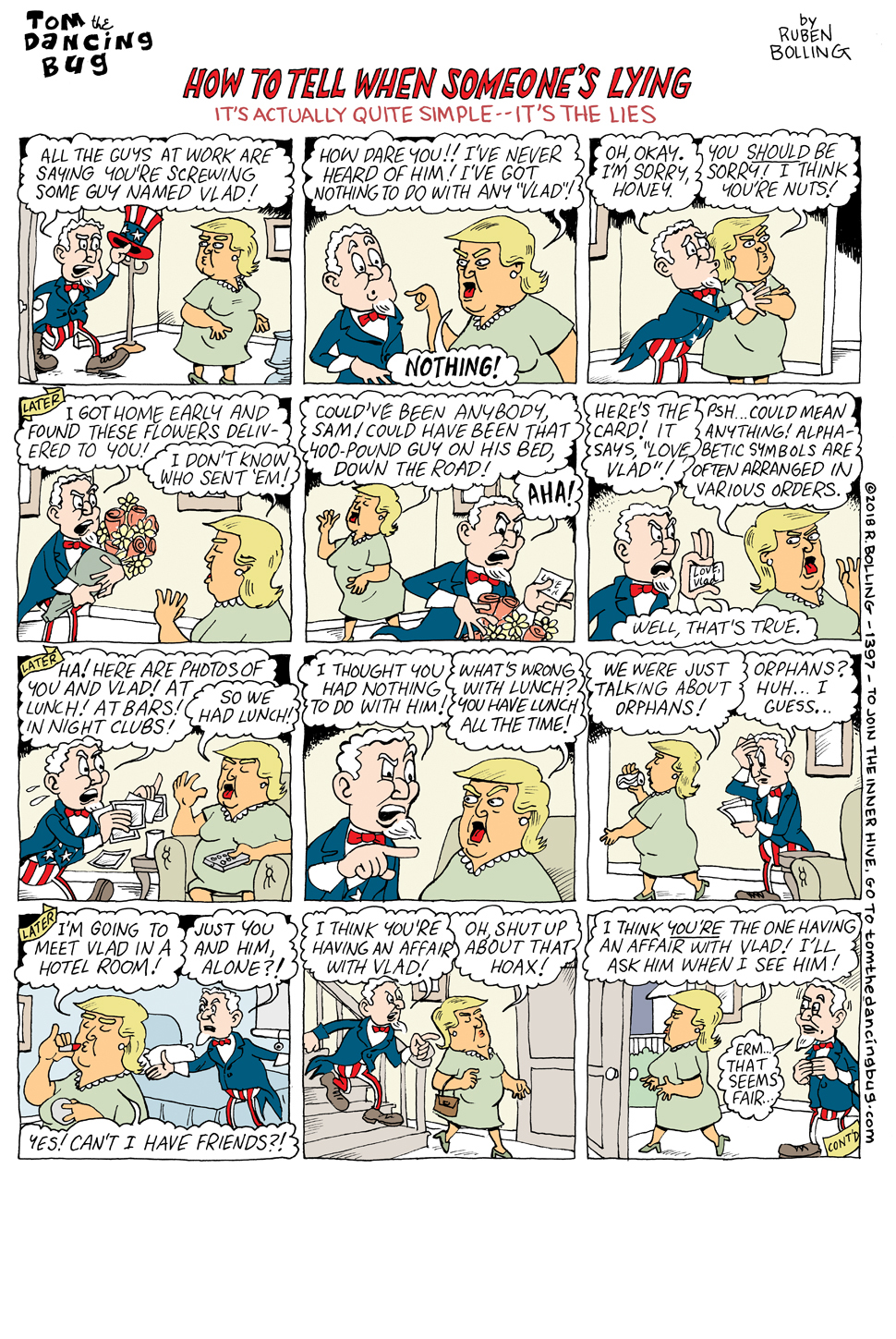 Tom the Dancing Bug, IN WHICH Uncle Sam wonders what it means when he keeps catching his wife in increasingly revealing lies.

RESIST!! The temptation to not join Tom the Dancing Bug's INNER HIVE!