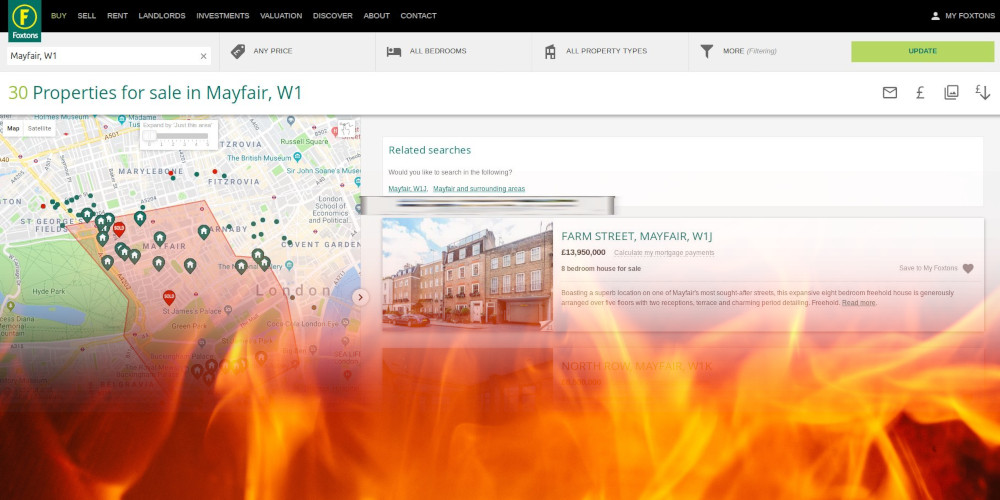 London's property market continues its implosion, brought on by a combination of tightening capital controls (much of the market exists to help offshore criminals launder their money), Brexit, and a long-overdue correction to a wildly inflated market.

39% of the new luxury properties sold in the last quarter were made to wholesale bulk-buyers who buy properties at deep discounts and package them up for resale to large investors creating portfolios of rental properties.

Private sales of existing luxury properties were also in the toilet last quarter, declining by a third.

Analysts fear that the collapsing prices will trigger a mass sell-off by overextended and skittish speculators, which will crash prices.

Wouldn't that be just terrible?

An analyst in the sector, who asked not to be named, said bulk discount sales can create a “snowball effect”. “As more of this comes through, it becomes obvious to the rest of the market and triggers further sales among those who had been hoping to ride out [the tough market],” he said.

Many bulk sales are driven by lenders seeking to protect loans to developers, he added.

Most bulk purchases during the quarter were made by so-called “build-to-rent” providers, including the US group Greystar, the housing association L & Q, the fund managers M&G, and Quintain, owned by the private equity investors Lone Star.