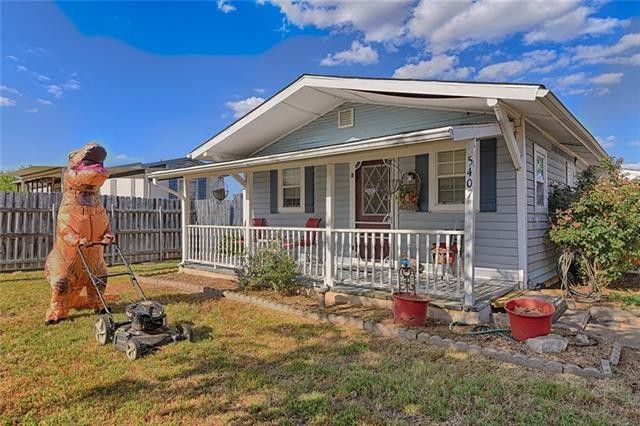 We've all heard of staging a home for sale but this is outrageous.

Among the lovely shots of hardwood floors, lake views, and a screened-in patio, we see ol' Tyrannosaurus raiding the fridge, taking a nap, fishing in the lake, and even mowing the grass. That's pretty impressive for a guy with such tiny arms, no? "We came up with the idea a few years ago and have been waiting for the right client and right house to try it," explains listing agent Casey Lewis. "It was a great way to get extra exposure to an already great property."

That exact model of inflatable T-Rex is on Amazon, which I know because it's my go-to gift for people who are hard to shop for.