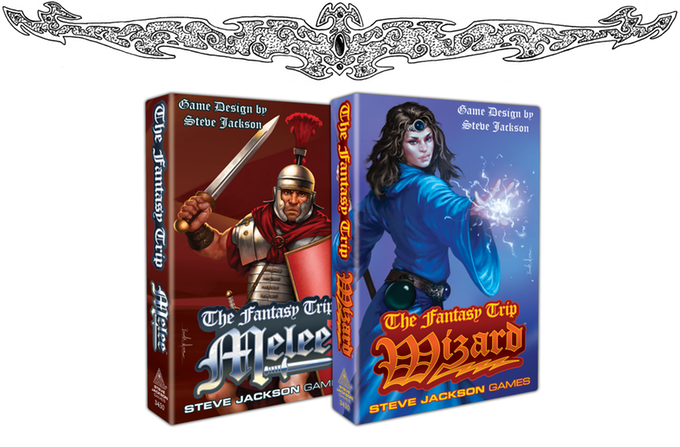 Stefan Jones writes, "While Dungeons & Dragons (1973) had its roots in miniatures wargaming, it really didn't coherently integrate boardgame-style maneuvers into its combat system. Steve Jackson changed that a few years later with Melee, the first segment in what would be a full-fledged fantasy role playing game system, The Fantasy Trip. It was a lot better developed than D&D, and was supported by GMd adventures and solotaire adventures."

I remember Melee fondly. Easy to learn and visually appealing, it was the only RPG I managed to get others in high school to play.

Unfortunately, TFT's publisher, Metagaming Concepts, refused to yield the rights to the system when Steve parted ways. Even after Metagaming went silent, they kept the rights locked up.

Now, 41 years after Melee was published, Steve has gotten the rights back, and gotten his old team together, including original illustrator Liz Danforth.

The Kickstarter to republish a new edition went live just a few hours ago. I know I'm in!