Microscopic sensors in a spray bottle 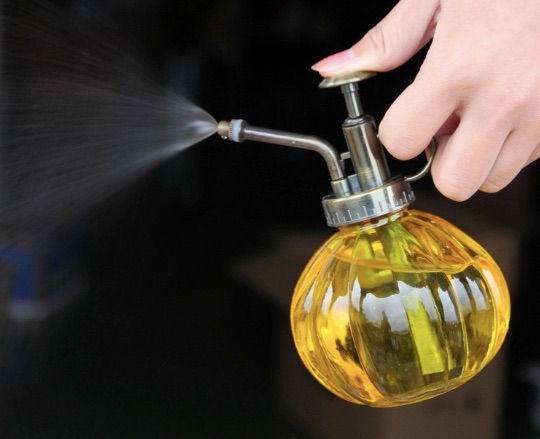 MIT nanotechnologists fabricated microscopic chemical sensors that can be sprayed as an aerosol to monitor pollution, detect chemical leaks, or even ingested as a medical nasal spray. Each sensor chip is 110 micrometers across, about the width of a single human hair, just 1 micrometer thick, and powered by ambient light. From Science News:

Right now, researchers can determine whether their sensors have come in contact with certain particles only after the fact — by collecting the chips and hooking them up to electrodes. These electrodes test how easily electric current flows through a chip’s chemical detector, which reveals whether it touched a particular chemical after it was sprayed. But future sensors could emit light signals when in contact with target particles, says study coauthor Michael Strano, a chemical engineer at MIT....

Unlike silicon-based devices that might pose environmental or health hazards, the polymers and the minute amounts of 2-D materials used to make the new devices are expected to be more biofriendly, (says researcher Kourosh Kalantar-Zadeh).