Alex Jones claims Robert Mueller is a pedophile, fantasizes about killing him 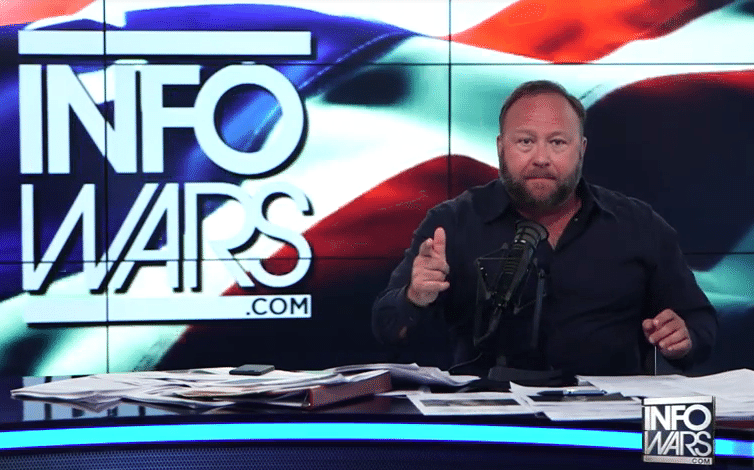 The bottom is falling out on the right, which is to say that there is no bottom there. The weapon—unsubstantiated accusations of pedophilia and fig-leaved fantasies of violence—is crude. But it works for their audience, and justifies whatever happens next.

Jones took on a particularly insidious tone during his Monday show, accusing Mueller of violent child sex acts before dramatizing a hypothetical "wild west" shootout with Mueller, a Republican appointed by Deputy Attorney General Rod Rosenstein to lead the Russia investigation in May 2017. ...

"It's not a joke. It's not a game. It's the real world. Politically. You're going to get it, or I'm going to die trying, bitch. Get ready. We're going to bang heads," Jones continued, pretending to fire a gun at Mueller.

Zuckerberg's vacuous blather about the good faith of holocaust deniers, waffling from Facebook's executives about InfoWars itself, and the growing impression of ideological fellow travelers atop Twitter (or at least a paralyzing fear of the right there) has made conservative provocateurs think that the bar for survival on social media is lower than they thought. So they're stepping over it and going to town.