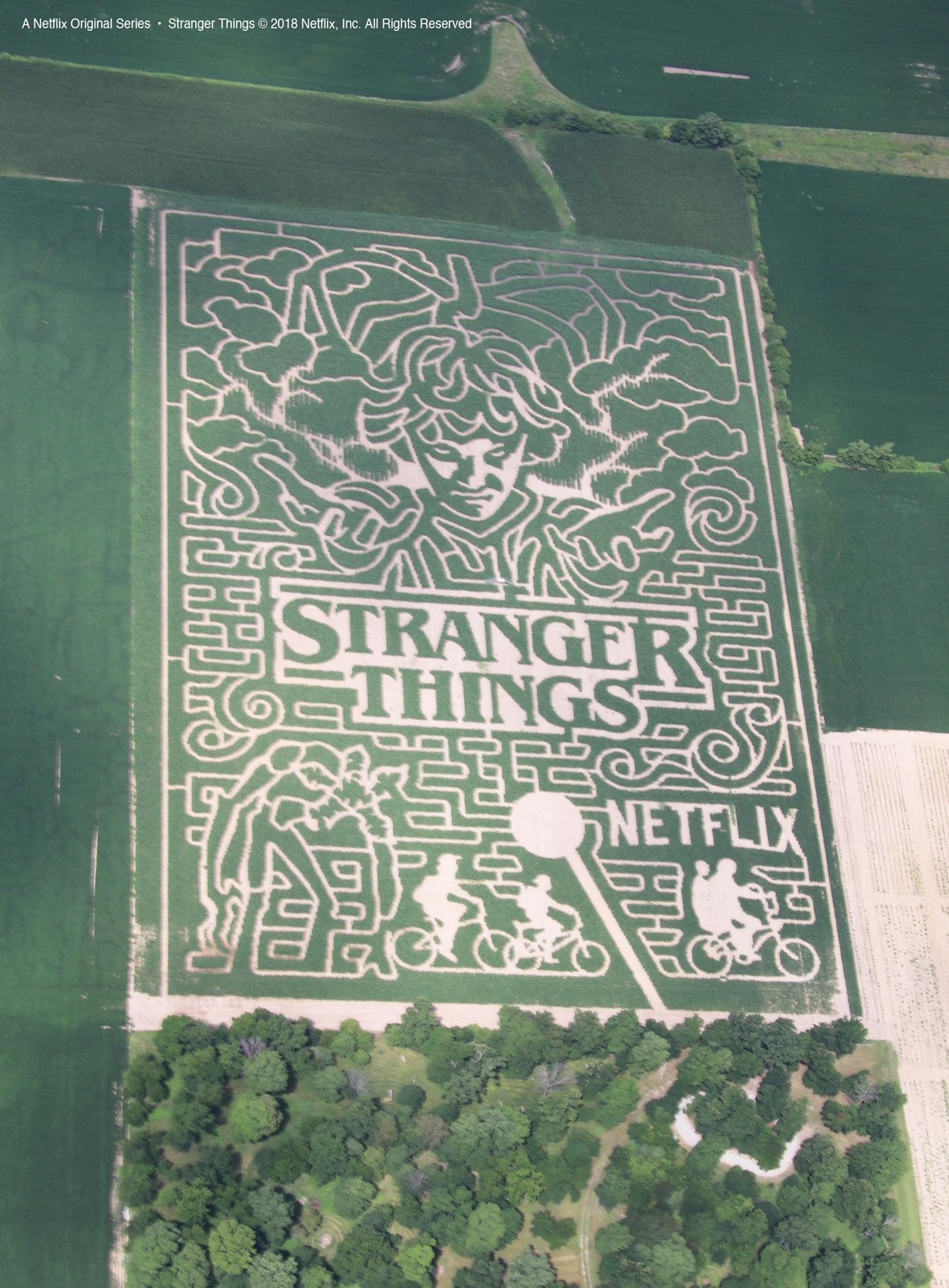 This was not created in Photoshop. This is a real photo of a real corn maze in Northwest Indiana.

Using special GPS-guided tractors, the folks at Exploration Acres planted the seeds for this 20-acre Stranger Things-themed corn maze earlier this year. Tim Fitzgerald, president and CEO of the farm, told WTHR, "This year, new technology allowed us to plant the maze design like an inkjet printer, dropping seeds into the precise design we imagined."

The team at Exploration Acres create a massive maize maze every year on their Lafayette (no, it's not in Hawkins, that's a fictional place) property and Fitzgerald says they were inspired to create a Stranger Things one after binge-watching the series.

Eric Rasmusen is a tenured business school professor at Indiana University Bloomington; for many years, he's posted a stream of "racist, sexist, and homophobic views" to his personal social media, including the idea that women do not belong in the workplace (he often refers to women by slurs like "slut" when discussing this and other […]

A restorative art project that teaches girls how to create a nose with mortuary wax To show that mortuary science is a field for anyone, reps from the Mid-America College of Funeral Services in Jeffersonville, Indiana spent a day with local Girl Scouts. The event was presented as part of Spark, an event series that […]