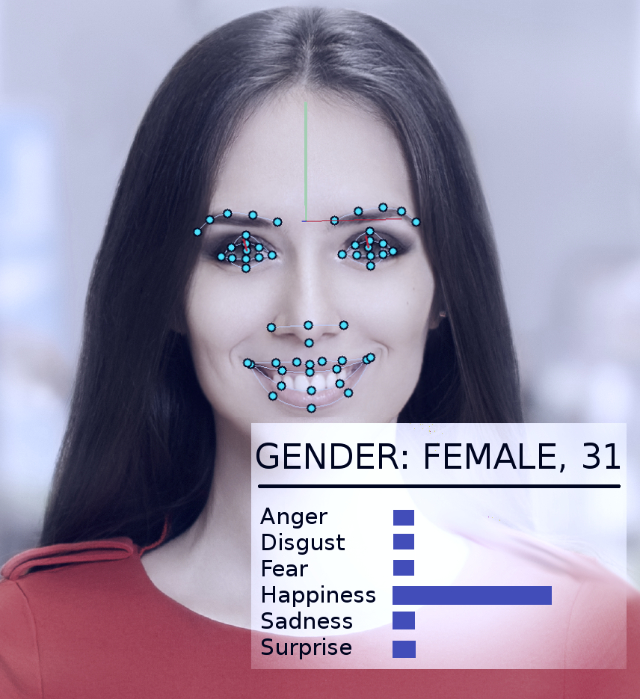 When I’m in Calgary, there’s a coffee shop that I like to work at, located in the Chinook Centre Mall. It’s part of a local chain that knows how to make a great iced latte. I’m not in often, but they know me. They know my face.

Apparently, they’re not the only ones.

According to the CBC, the management company that tends to Chinook Center Mall, Cadillac Fairview, has been using facial recognition software to track the sex and age of visitors on the down low.

A visitor to Chinook Centre in south Calgary spotted a browser window that had seemingly accidentally been left open on one of the mall's directories, exposing facial-recognition software that was running in the background of the digital map. They took a photo and posted it to the social networking site Reddit on Tuesday.

The mall's parent company, Cadillac Fairview, said the software, which they began using in June, counts people who use the directory and predicts their approximate age and gender, but does not record or store any photos or video from the directory cameras.

Cadillac Fairview said the software is also used at Market Mall in northwest Calgary, and other malls nationwide. In Alberta, collecting biometric data, so long as no images are recorded and stored, is allowed, without having to let anyone know that you’re doing it.

For their part, Cadillac Fairview says that they aren’t required to let visitors to their property know that they’re being profiled, as the software they use, MappedIn, doesn’t store any photos or biometric information. But here’s the thing: we’re already watched on cameras when we enter most malls. If you’re like many people, you connect to mall-sponsored wi-fi while you’re shopping (please use a VPN while doing so, for your own good). When you start combining the information gleaned from these things and combine it with what Cadillac Fairview, and most likely, other building management companies would like you to believe is innocuous data collection, it’s possible to begin building a relatively comprehensive profile on an individual wandering a mall, based on their location according to their wi-fi connection, camera data, and whatever facial recognition suite they might be running. Will this data be used by the property management to provide a better shopping experience? Sure. Is there a guarantee that the data won’t be sold to other interests in the name of profit? Absolutely not.

It’s another fine example of technology outpacing the laws designed to keep our private lives, private.