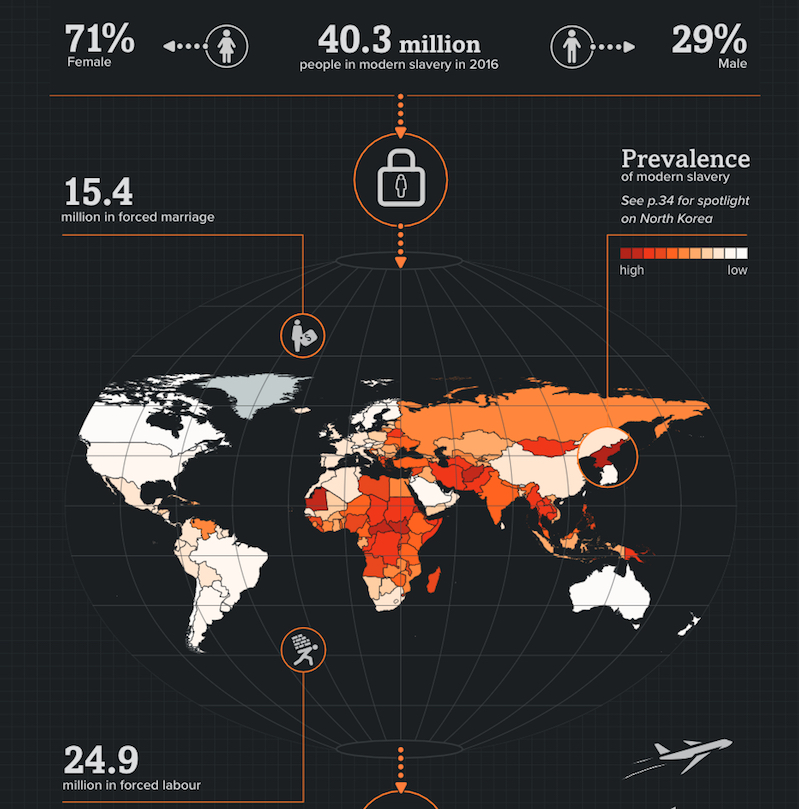 Based on their 2018 Global Slavery Index, the Walk Free Foundation estimates there are about 403,000 humans living in the United States under conditions that meet the definition of slavery.

That's part of the 40.3 million they estimated worldwide in 2016, over two-thirds of whom are women:

Last year, the Global Estimates of Modern Slavery, developed with the International Labour Organization and International Organization for Migration, showed that more than 40 million people globally are living in modern slavery and over a period of five years, 89 million people experienced some form of slavery – whether for a few days or several years. These numbers represent people held in debt bondage on fishing boats, against their will as domestic servants, trapped in marriages they never agreed to, and numerous other abuses. Though almost every country has declared it illegal, modern slavery still exists on a shocking and unacceptable scale in these and many other forms. And yet, action from the countries most equipped to respond is underwhelming.