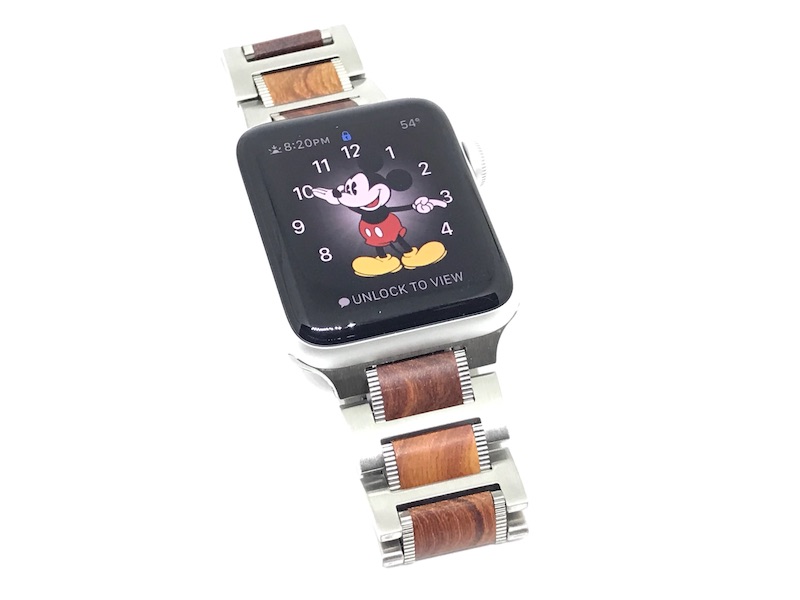 I am quite fond of this $29 Apple watch band.

The ease of swapping bands is one of the things that makes an Apple Watch an effective fitness tracker. This is my 'elegant' watch band. My daughter, an 11 year-old fashionista, says it is her favorite.

Shortening the bracelet was a bit of a thing. It may just be my eyes, because this got a lot easier when I started to work under my desktop magnifier. Removing the links was easy, snapping the thing back together, not so much. There are several independent and fluid moving pieces of metal, and the springs in the pins want to make them jumpy.

The butterfly clasp works well, and there is also a black for the black watch bodies.

Be sure to pick the right size for your watch face.

Here’s Bond’s wristwear from Dr. No to Spectre. While the Seiko M354 Memory Bank Calendar from Moonraker (1979) and the Hamilton Pulsar LED watch seen in Live and Let Die (1973) were high-tech icons of their age, it’s the, er, timelessness of the Rolex Submariner from Dr. No (1962) that always feels so right now.