Time For America To Freak Out About 3-D Guns Again 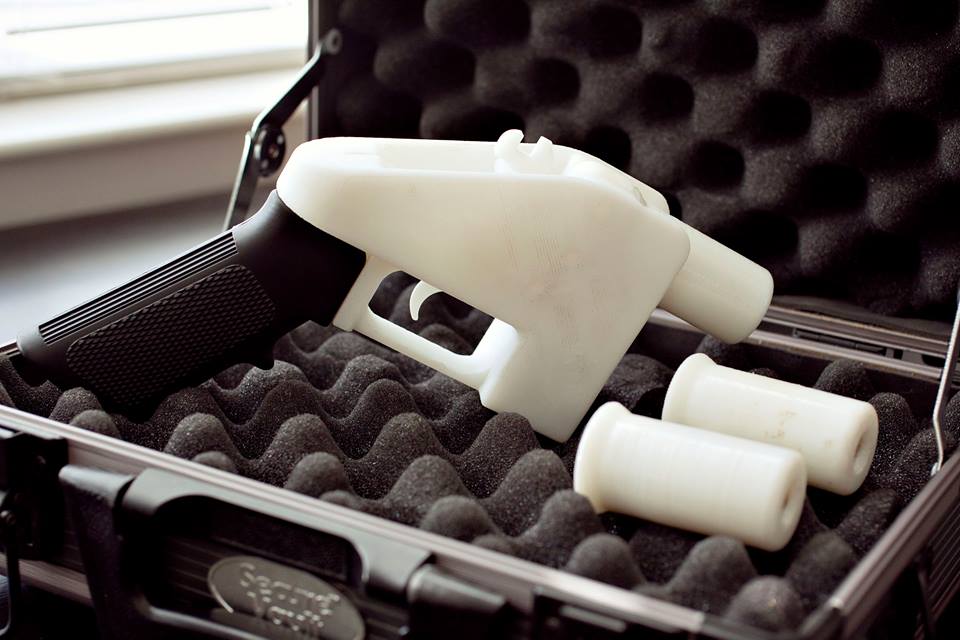 None of the mass shootings in America have been committed by shooters using 3-D Guns, but that's not stopping Donald Trump and a bunch of NRA-backed lawmakers from freaking out about the threat DIY weapons pose, before doing anything about how readily available regular old guns are to regular old bad guys.

President Donald Trump tweeted Tuesday that he was worried about the unlimited sale of plastic guns made with 3-D printers.

“I am looking into 3-D Plastic Guns being sold to the public,” Trump tweeted, referencing the NRA -- which has been pretty quiet since those reports it was infiltrated by Russians.

This came one day after several U.S. states sued the Trump administration to block imminent online publication by Defense Distributed [Facebook, Web, Instagram] of designs that show you how you can make weapons using a 3-D printer.

Trump and the lawmakers freaking out this week about 3-D guns have not taken any action to limit how readily available very powerful guns are to very bad people who should not have them, but do anyway, and kill lots of people with them.

The District of Columbia and 8 U.S. states filed a lawsuit Monday to fight a settlement reached between the federal government and Defense Distributed in June, 2018, which legally allows the Texas-based company to publish its designs online. The downloadable printer plans will be released online on Wednesday (that's tomorrow, and this is all happening rather quickly).

The states are asking U.S. District Judge Robert Lasnik in Seattle to issue an injunction to block the online distribution of the gun blueprints. They say the U.S. government has failed to study the national and state security implications of the decision and violated states’ rights to regulate firearms.

Josh Blackman, a lawyer for Defense Distributed, said the case was not about guns but instead about protecting the constitutional free speech rights of his client.

“I don’t care what President Trump says. I will be arguing to protect my client’s First Amendment rights,” he said in an interview on Tuesday.

Defense Distributed’s website said it would publish the files on Wednesday but blueprints for seven guns already were available for download on Tuesday. The company’s founder, self-declared anarchist Cody Wilson, told media outlets on Monday that the files went up late Friday evening.

Oh. And not a peep from the NRA.

So quiet over there. Wonder why that could be.