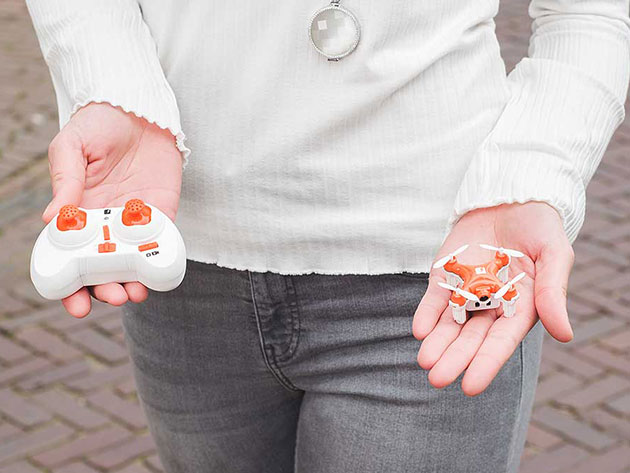 Don't let its appearance fool you. The SKEYE Mini Camera Drone is one of the most nimble drones out there. Engineered with adjustable gyro sensitivity and a 6-axis flight control system, this palm-sized drone is a dream for both novice and veteran pilots to fly, and it's available in the Boing Boing Store for $29.

Despite its small stature, the SKEYE Nano 2 still has room for a built-in HD camera, which you can use to record footage in real-time. The drone can be operated via controller, making it friendly to pilots of all calibers. It can take off, land, and hover easily with built-in auto-functions, and the SKEYE Mini Nano Drone is even capable of nighttime flight thanks to its built-in LED lights.

Whether you're looking to pick up a new hobby or just a new way to take more creative selfies, the SKEYE Nano 2 Camera Drone is a solid choice. It's on sale today for $59, 40% off its usual price.