An LA gallery is selling "Molotov cocktails" from a vending machine 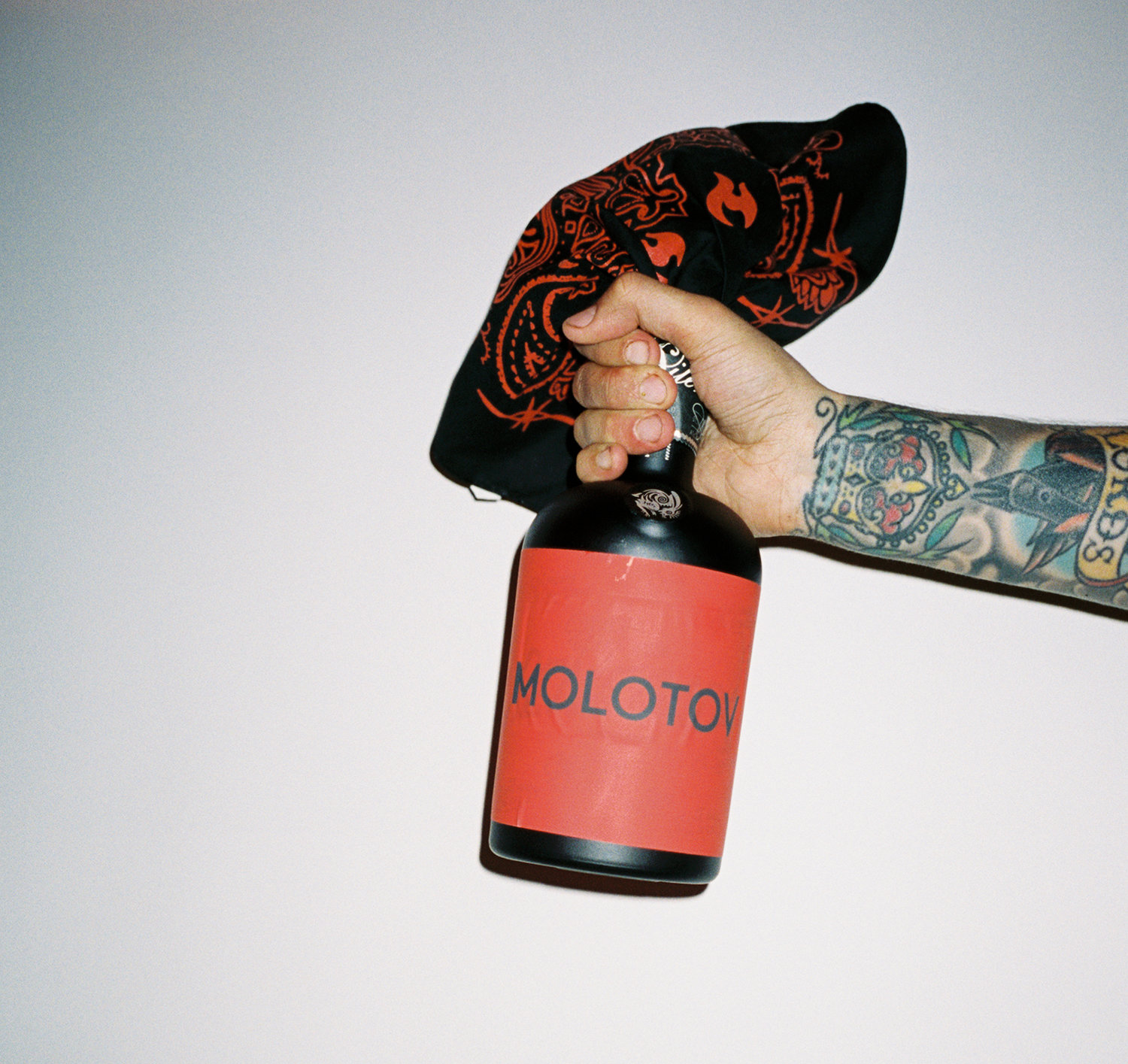 They aren't for throwing, but an art gallery in Los Angeles is selling Molotov cocktails from a vending machine.

This is an art object, not functional as a molotov cocktail.

“What’s More American Than Violence?” is a sculptural installation and series of dysfunctional art objects inspired by Edward Abby’s “The Monkey Wrench Gang.” The installation features a fully-functional molotov cocktail vending machine, full of converted Mezcal El Silencio bottles, customized with a limited edition, hand signed and numbered, spot-UV instructional art sticker, and custom “STEAL THE FIRE” bandana, each designed by artist Phil America and designer Dino Nama. The piece seeks to call attention to the ease of access to deadly weapons in America, and a large portion of proceeds of each sale are donated to Every Town.

This series is limited to 200 bottles available online, and an extremely limited number of bottles available for $5 at the vending machine on Melrose Ave, released at an undisclosed date and time leading up to and during the “We Stole the Fire” art exhibition.