If Google Maps says a place has a certain name, it now has that name 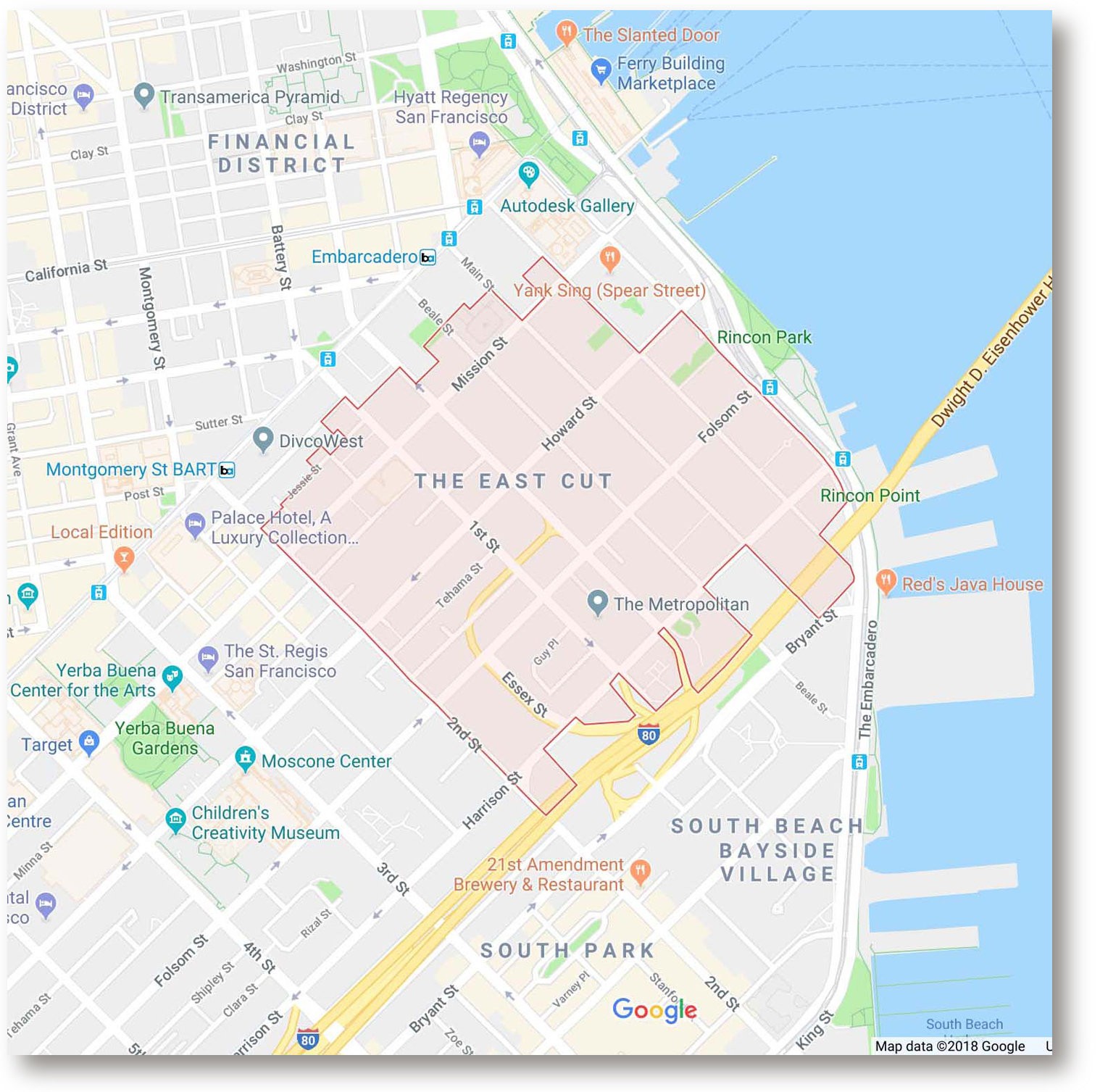 The East Cut is a neighborhood in San Francisco invented by a branding agency. Such things usually wither on the local-business bullshit vine, but thanks to Google Maps, it's now the plain reality of that part of town.

Another in Detroit is now known by a mispelling, made by the mysterious cartographers who run the service. And one LA community now there was cooked up by a realtor to make a hilly part of Silver Lake sound fancy, and somehow ended up enshrined on the service after he began using it in listings.

Timothy Boscarino, a Detroit city planner, traced Google’s use of those names to a map posted online around 2002 by a few locals. Google almost identically copied that map’s neighborhoods and boundaries, he said — down to its typos. One result was that Google transposed the k and h for the district known as Fiskhorn, making it Fishkorn.

I imagine Google's paid a lot of money to sources it appropriated in its rush to get everything online before anyone else; mapmakers who do this are caught due to Trap Streets, though the traps can be much less obvious than an imaginary street. And sometimes all a reporter need do to expose a falsehood is put two quotes next to each other:

Mr. Robinson said his team asked Google to add the East Cut to its maps. A Google spokeswoman said employees manually inserted the name after verifying it through public sources.

It's funny, but Google describing a "brand experience design company" hired by a local nonprofit as a "public source" is a clever way of making people assume it refers to "public record" or "government" without actually saying so. This reflects a strategy for laundering questionable privately-generated data so it seems as real as the census. Just apply the same logic to other forms of public record (arrests, demographics, sex offenders) that Google might one day map and you see where that goes.