Ancient Earth Globe: see what the world looked like from space in the age of the dinosaurs 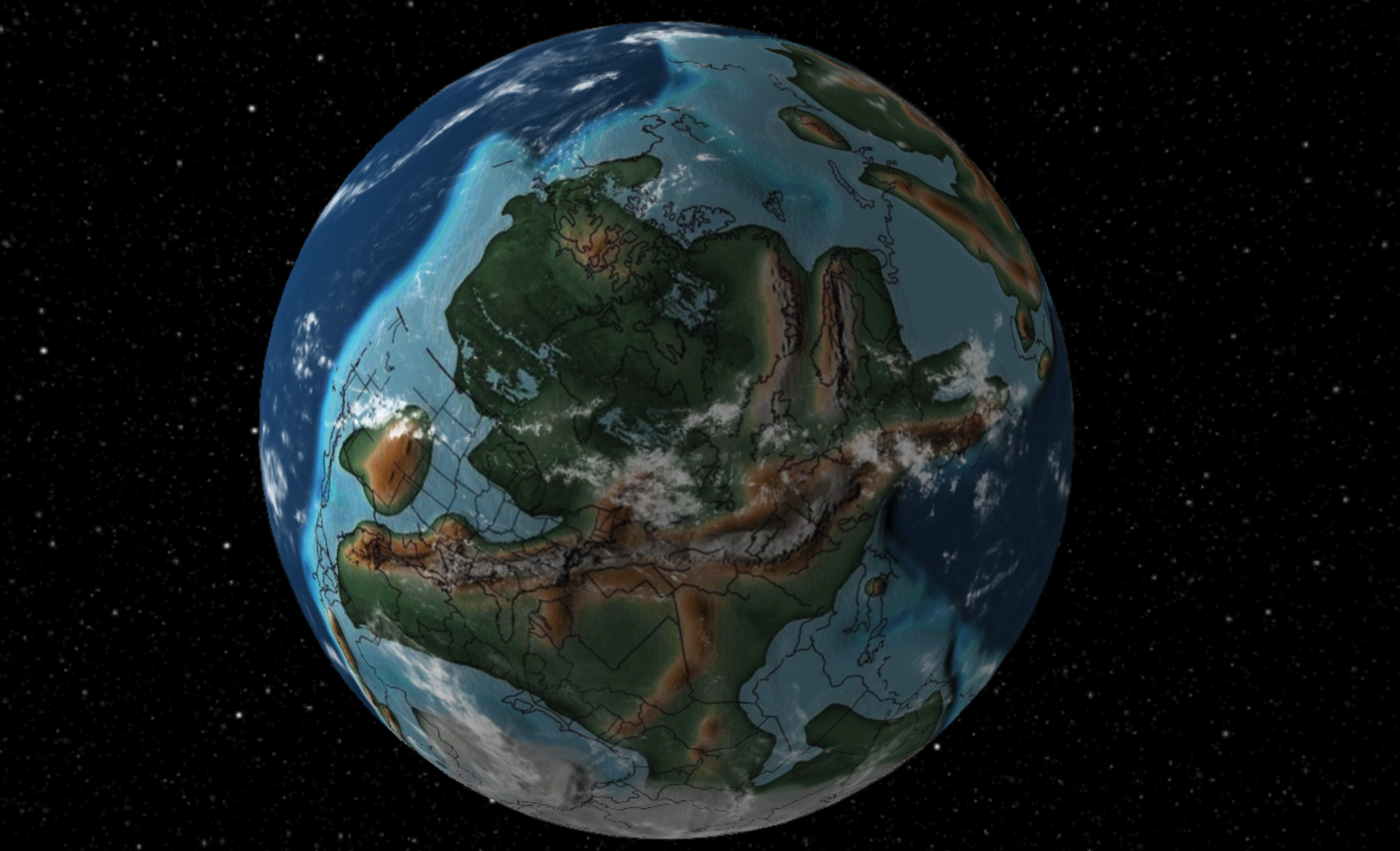 The Ancient Earth Globe is an interactive 3D globe that depics the Earth at various points in geological history from 750m years ago until now. Here it is 300m years ago.

And here it is 0 million years ago, right before the Post-anthropocene Extinction Event.

Amazing! Look how green it all was.