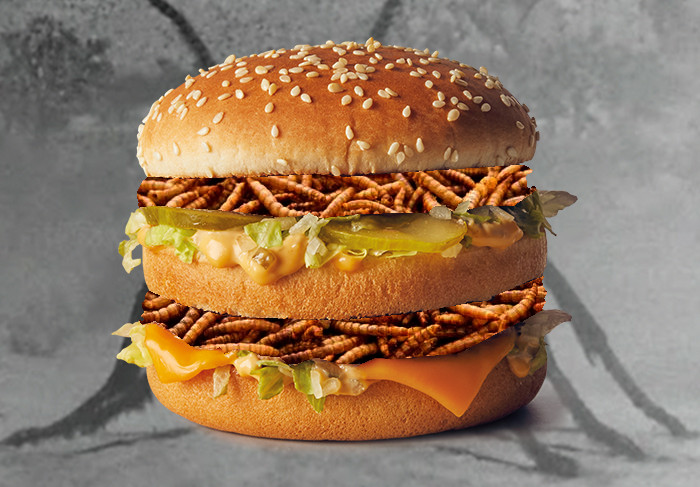 Whether or not you've ever chosen to eat insects, you've eaten insects, or parts of them, in the grains, legumes, fruits and nuts you've consumed (not to mention the occasional inhaled kamikaze mosquito).

Eating bugs deliberately is something that 2 billion people routinely do, but not so much in the rich world. There are plenty of people who'd like to change that (for good reason: raising mammals for protein is energy-, water- and cash-intensive, whereas bugs are cheap and easy).

The western edible insect revolution has been just around the corner for years: you know, the Japanese do it; maybe we should pay people to try it; Europe has ideas; the time has come; Ohio gets in on the act (so does France); maybe if we plated them better or improved the packaging; how about sushi?

For me, there's the appeal of the guiltless consumption. Climate change has us all counting the cost that every meal (every breath!) imposes on our fellow humans and our descendants. But some things are out-of-place, invasive species or organisms with runaway, disequilibriated growth, and the more we eat of them, the better. Want to eat some marine-life? Do the world a favor and eat as many crayfish and lionfish as you can. With a kudzu salad. Maybe zebra mussels as a starter course?

There are enough processed insect convenience foods that Wired's Jake Maloney was able to spend a fortnight extensively sampling them (tempura mealworms have the "look and mouthfeel of cheetos," BBQ crickets taste like corn-nuts, grasshoppers make for "leggy stir-fries", and Chinese black ants on pizza are reminiscent of red pepper flakes).

What's more, Bloomberg is bullish on bug startups, promising $1 billion in global bug revenue by 2023, and profiling bugfood as an answer to climate change and growing population.

By the end of the first week, I had fallen into a comfortable routine. I sprinkled cricket-­flour granola on top of Greek yogurt and snacked on “nutty chocolate chip” cricket bites. At night, I sautéed Oaxacan adobo-­flavored grasshoppers and mealworms into a leggy stir fry. The grasshoppers added a smoky heat and nice crunch. I heaped lemony Chinese black ants on salads and sprinkled them onto pizza as I would red pepper flakes.

My gag reflex was dwindling, for sure, but I was also grateful that I work from home, away from the queasy stomachs of other humans. A rice cake topped with hummus and dehydrated locusts may make a filling lunch, but it looks like a nightmare on toast. One night, as I splurped cricket tagliatelle with mealworm bolognese, my wife finally lost her cool. Watching me sauté insects in our kitchen while she made her own dinner, she declared, made her want to retch.