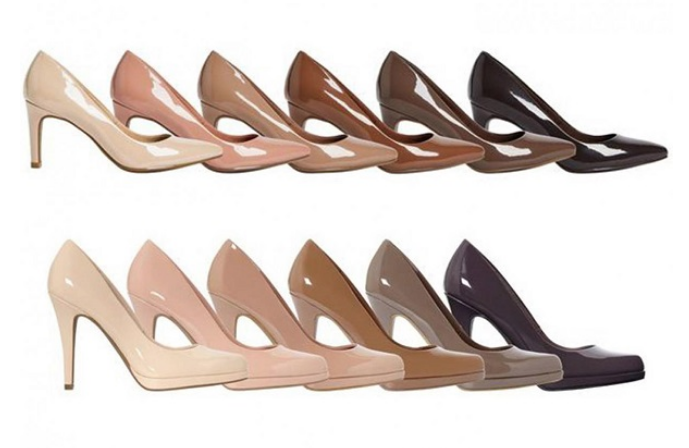 From light to dark, affordable high-heeled shoes are available in a variety of skin tones from British retail brand Marks and Spencer (M&S).

French shoe designer Christian Louboutin first brought "nude" shoes, in seven shades, to the market in 2017, but the collection was very pricey.

Pep rally! Christian Louboutin extends his groundbreaking Nudes collection with the introduction of two new summer-ready styles, each available in a full spectrum of seven shades of nude. Discover the new nudes via the link in our bio.

Now, M&S is offering six "vegan friendly" (which is code for "not leather") shades of stilettos for approximately $33/pair.

Not everyone is impressed, however: