A Calvinesque and Hobbesian look at Russian collusion 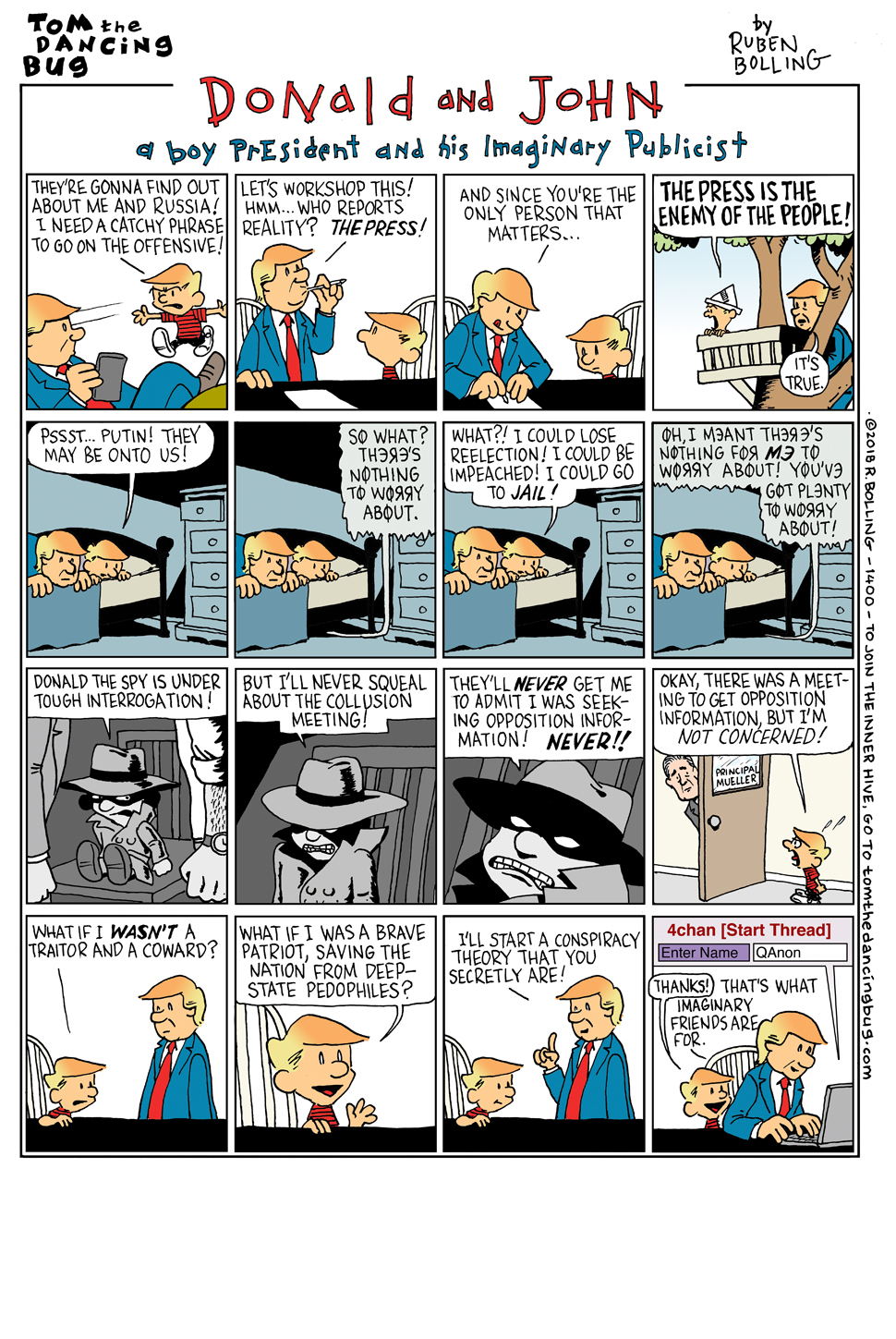 Tom the Dancing Bug, IN WHICH mischievous little Donald and his spunky imaginary publicist John find themselves in trouble after they conspire with a foreign hostile nation against the United States.

RESIST!! The temptation to fail to join Tom the Dancing Bug's INNER HIVE!