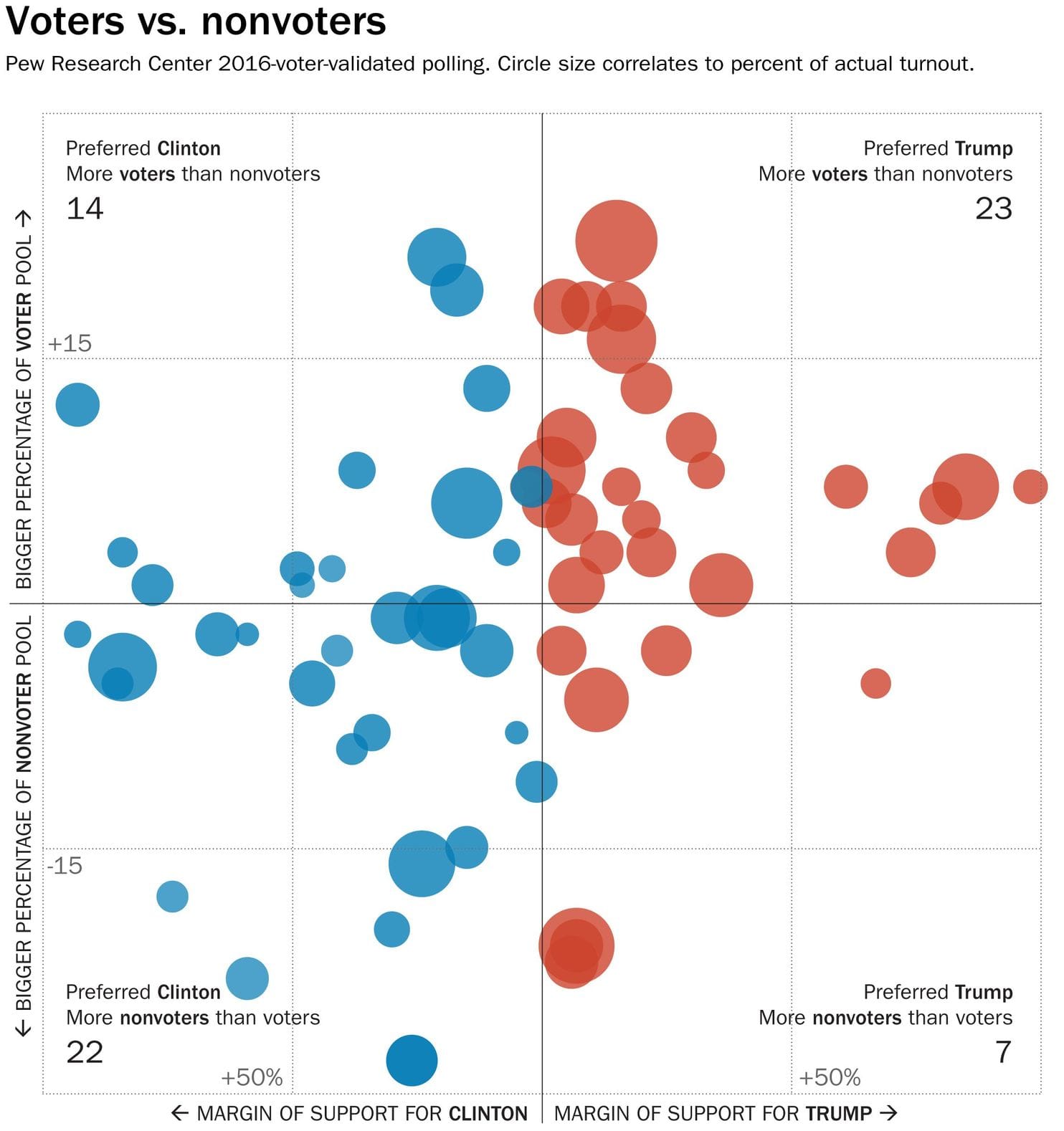 Pew's latest very detailed survey of voting patterns in 2016 goes the extra mile, by validating whether recipients actually cast a ballot, thus forming a picture of who voted, who didn't, and what policies nonvoters favored.

More people stayed home from the polls than voted for either Hillary Clinton or Donald Trump and nonvoters were more likely to be nonwhite (half), under 50 (two thirds) and low-earning ($30,000/year or less).

A year ago, I wrote a long piece on how Trump won the election. He exploited the two parties' own longstanding, dirty tactics, which work like this:

1. Convincing your party's base that they should hold their nose and vote for you, despite your manifest defects;

2. Convincing your party's base that they should hold their nose and vote against the other candidate, because of their manifest defects; and

3. Convincing the other party's base that their own candidate is so defective that they shouldn't hold their nose and vote, but rather stay home and send a message to the party establishment that you're sick of being asked to vote for damaged goods.

This allows the candidates from both parties to reach a state of equilibrium where they sell out all of us to the super-rich, and walk away from office with cushy jobs and millionaire pals who take care of them.

Both parties, in other words, are the "vote against the other guy" party, and neither has felt the need to convince voters to vote for anything.

That's why progressive Democrats are so fucking exciting. Policies like free state post-secondary education, abolishing ICE, student debt forgiveness, Medicare for All, a $15 minimum wage, and accountability for the looter class are things that people vote for.

The trick of getting us to continue voting in ruling-class sellouts by convincing us to stay home or vote against some worse monster on the other side has reached its sell-by date.

Clinton nonetheless won the popular vote. But an increased turnout of under-30 voters in, say, Wisconsin, Pennsylvania and Michigan could easily have changed the results of the history.

For Most Trump Voters, ‘Very Warm’ Feelings for Him Endured [Pew Research Center]