This colorful homage to classic desktops could occupy you for hours 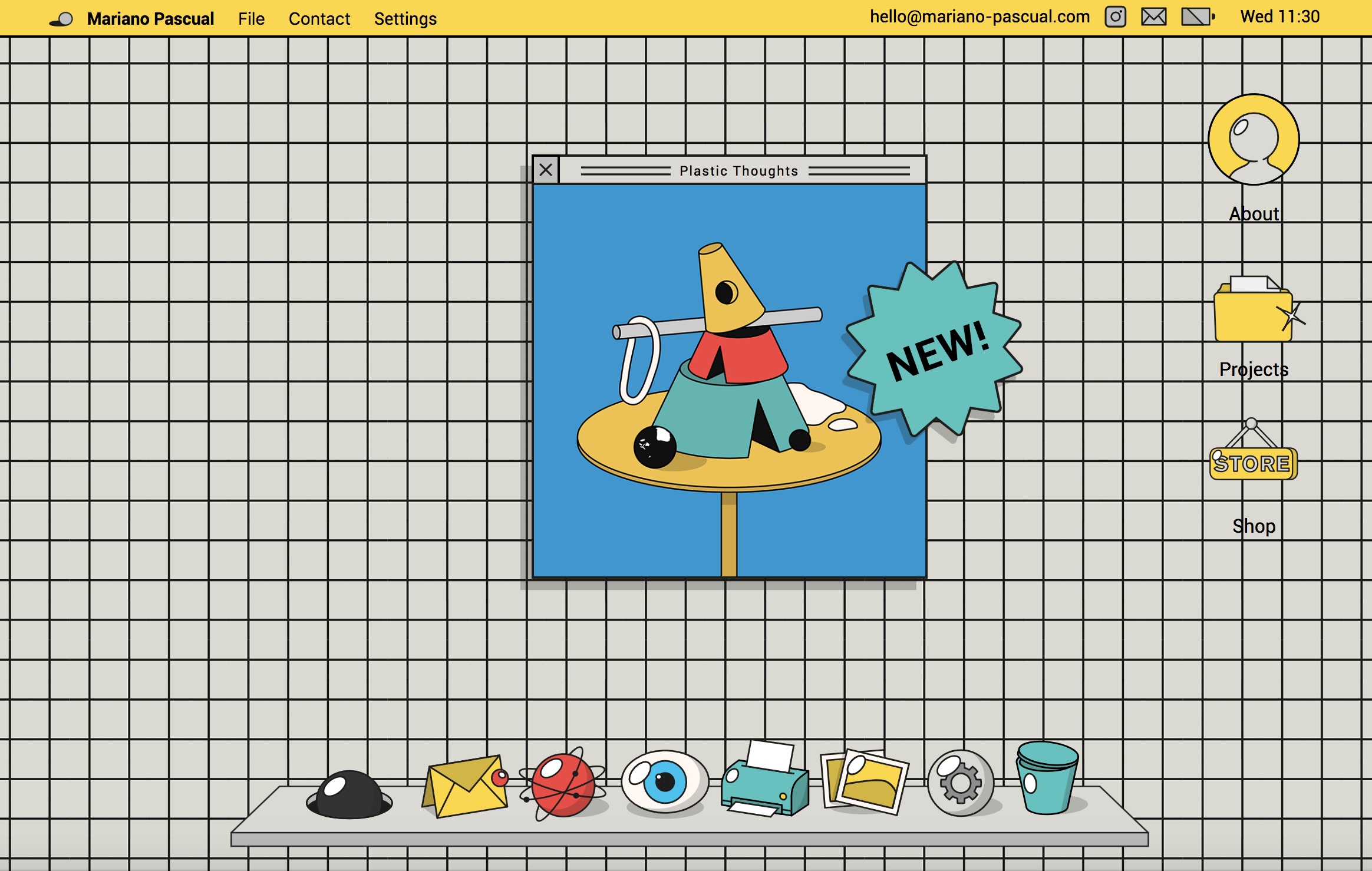 Mariano Pascual has created a delightful nod to classic desktop layouts for his new site, but it's updated with all kinds of colorful bells, whistles, and Easter eggs.

“I decided to redesign my online portfolio after a long time without taking care of the old one,” the Barcelona-based creative tells It’s Nice That. “Over the years, [the old one] had turned into some kind of boring yet minimalistic site that wasn’t attractive nor represented me at all.” Breaking away from the usual portfolio site with projects stacked in grids, Mariano wanted something where “people could really spend time, where the public could know me and the way I work through interaction, offering a different perspective,” he explains, “a portal to dive into my world.”

HELLo! My new website www.marianopascual.me is out now! 🔥💥❤️💾👁 go to check it, play and enjoy! A project done by me and @achosagency, @chanelzippora, @tomipicasso! Thanks!

🌐💓🗳📃 ENTer NOW! at www.marianopascual.me and get an artwork 4FrEE clicking on the printer 🌐💓🗳📃 or order a limited edition print on my online store marianopascual.bigcartel.com 💥 shipping worldwide! 💥 motion @tomipicasso 🔥thanks! #marianopascual #illustration #me #print #tomaspicasso