PIgs in Space - the adventures of Trump's Space Force 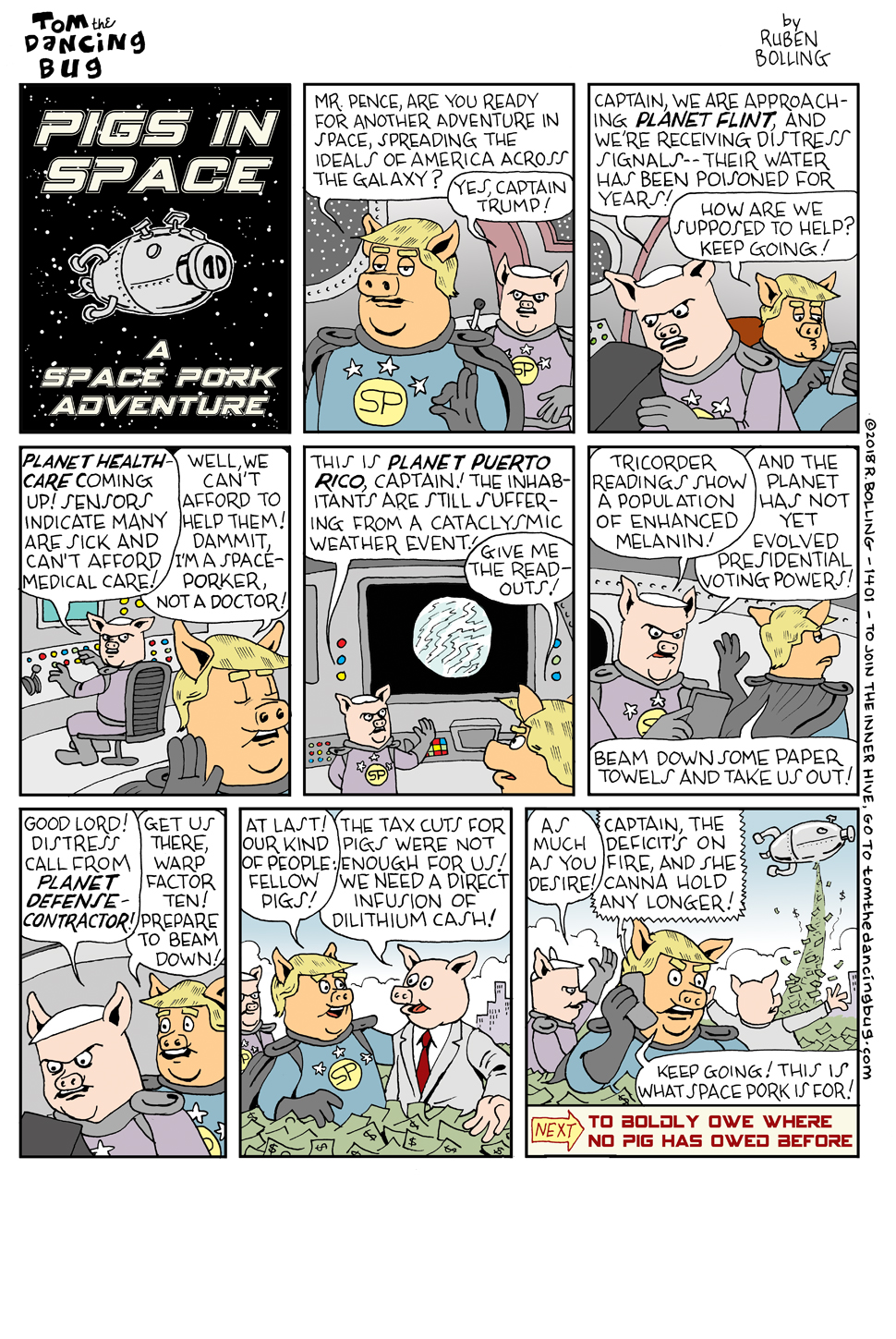 Tom the Dancing Bug, IN WHICH Pigs in Space's four or eight year mission is to use Trump's Space Force to seek out new life and new exploitations.

RESIST!! The temptation to not join Tom the Dancing Bug's INNER HIVE!