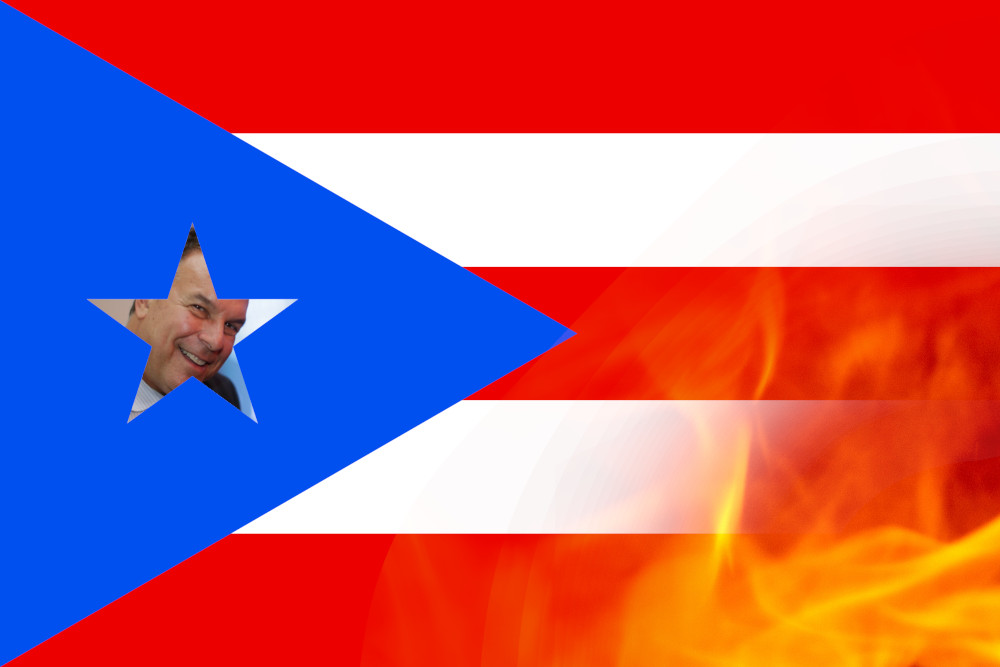 Jeff Greene is a billionaire who made his fortune shorting subprime real-estate while Floridians were facing mass evictions; now he's hoping to be the Democratic candidate for Governor of Florida and his financial disclosures reveal a raft of extremely toxic investments, including millions in Puerto Rican debt (Florida is full of Puerto Rican refugees who had to flee their homes after debt-holders starved the state of infrastructure money so it could neither defend itself against hurricanes, nor rebuild in their wake), Argentinian debt (another go-to for vulture capitalists), and "oil and gas stocks Exxon, Hess, Kinder Morgan, and Apache."

The obvious rejoinder here is “Well, if you’re going to disqualify billionaires from seeking high office on behalf of the Democrats on the basis that they’ve profited from human misery, war crimes and environmental devastation, you’re just not going to have any billionaires running on your behalf.”

“If you are running to represent Puerto Ricans, and potentially harming Puerto Ricans through investments, then Puerto Ricans will hold you accountable,” said Julio López Varona of the Center for Popular Democracy, one of the leading activist groups on the Puerto Rican debt crisis. “There’s a question about what are those investments, and if that question is not answered that is extremely concerning.”

The “PR Commonwealth Public Impt” investment is tucked inside a JPMorgan investment account held by Aviation Plaza Partners LP, a real estate and capital market investment vehicle wholly owned by Greene’s company Millennium Holdings. Greene lists Aviation Plaza as having $536 million in assets, and having earned $10.7 million in income in 2017.