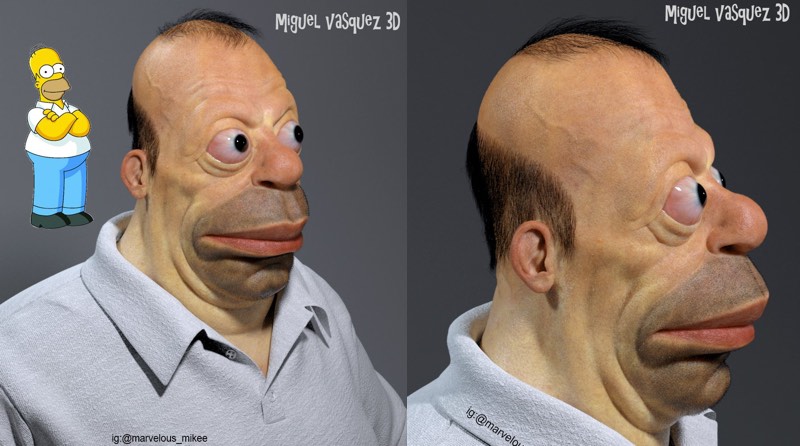 Along with Squidward and Patrick:

Here's his Nigel Thornberry (who's voiced by Tim Curry) of the old Nickelodeon show The Wild Thornberrys :

If those weren't enough to freak you out, he's got more on his Instagram.